The Little Eight and Pheasant Conferences had their annual Senior All-Star game this past weekend at Hillcrest Lutheran Academy's Gymnasium. This event first started in 2018 and has continued as something that senior student-athletes really enjoy. The Little Eight Conference team was coached by Ryan Garvin and the Pheasant conference team was coached by Kraig Hunter. The game was close throughout and not a lot of defense was played until the final 5 minutes of the game. With 3 seconds left in regulation there was a half-court shot for the win that just missed going in. When the buzzer sounded it was 90-90 and the first ever overtime took place. The final score was 96-95 in favor of the Pheasant conference. This event provided a ton of smiles, laughs, handshakes and hugs as the players, coaches, and fans were all able to enjoy the night.

The Pheasant Conference had 3 players contribute 20-plus points, led by Matt Thompson with 28.  Owen Longnecker and Titus Fuller added 21 each.   Ryder Staples chipped in with a dozen.

Sam Brumfield led Little Eight scorers with 33, while Jacob Cook had 23.  Torin Olson and Noah Mansker were also in double digits with 14 and 12 points, respectively.

Prior to the boys all-star game there was a 3-point shootout and dunk contest. The 3-point shootout came down to 4 finalists of Grace VanErp and Ady Tysdal from Battle Lake for the girls, and Matt Thompson and Owen Longnecker for the boys. Ady Tysdal from Battle Lake was the girls 3-point champion, and Matt Thompson won for the boys. The dunk contest was a tight race, but won by Ashby's Jacob Cook.

During halftime of the Senior All-Star game there was a 3-point shootout for anyone in the gym that wanted to participate. This event was to raise money for the family of Murray Foss. It is so special to live in small communities where we are able to do things like this to celebrate our student-athletes, as well as help each other in times of need. 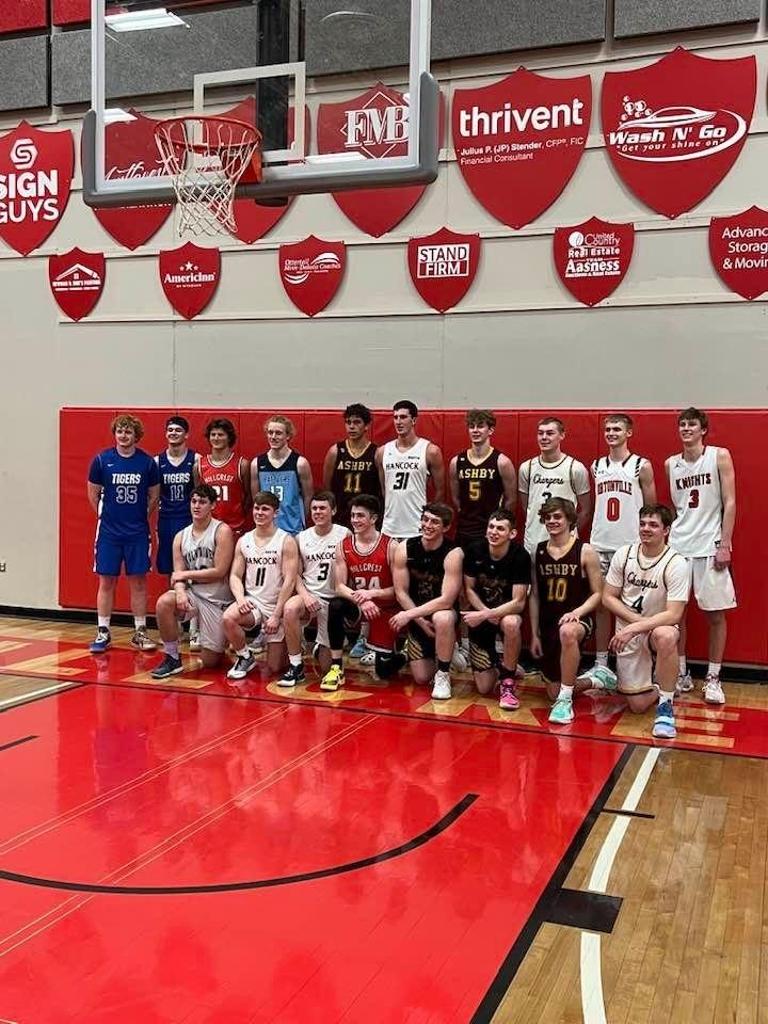