The M State Men’s Golf team shot a 2 day total of 651 to finished tied third with Alexandria Tech at the Spartan Invitational on Monday at Pebble Lake Golf Course in Fergus Falls.  Jamestown Orange won the team title on a tie breaker with Jamestown Black as both teams shot scores of 612.

“We always love playing at home at Pebble Lake which is always a great test of golf,” said Head Coach Jason Retzlaff of the Spartans.  “We had an outstanding field that included numerous four year colleges.  The conditions couldn’t have been more different each day with Sunday being hot and windy and Monday being cold and rainy.  Monday was especially difficult as scoring was higher for the field.  With our men, we had stretches of very good golf but need to be able to sustain it for longer stretches.  Grant Inniger was tremendous on Sunday and Hunter Burnside played fantastic golf on Monday.  Joel Quam really hung in there to shoot even par on his last nine holes today.”

Jamestown Orange turned in a score of 686 to win the Women’s competition with UM-Morris second with a 704.  Audra Ewan of M State finished eleventh individually in a field of 27 golfers, recording a two-day score of 182 (88-94).

“Audra had a very nice finish just outside the top ten in a strong field of nearly thirty golfers,” noted Coach Retzlaff.  “She is an impressive player and it was great to see her shoot in the 80’s on Sunday.”

The Spartans will next compete on Friday at the UM-Morris Invite at Minnewaska Golf Course and Saturday at the Cougar Invite at Pomme de Terre Golf Course. 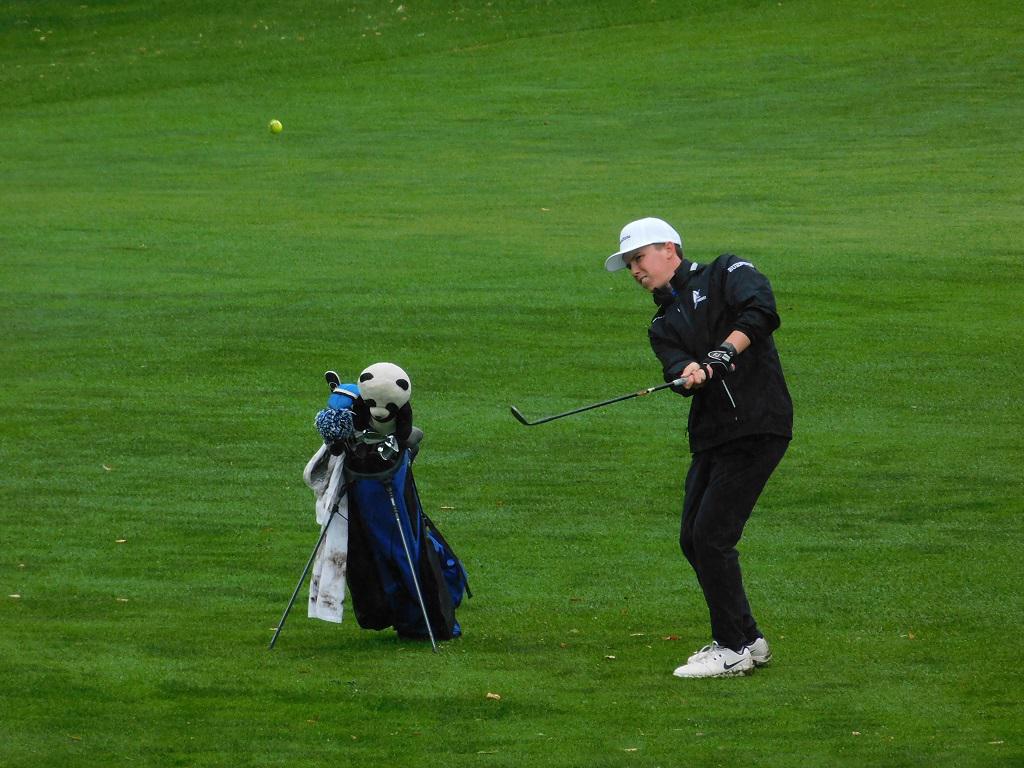 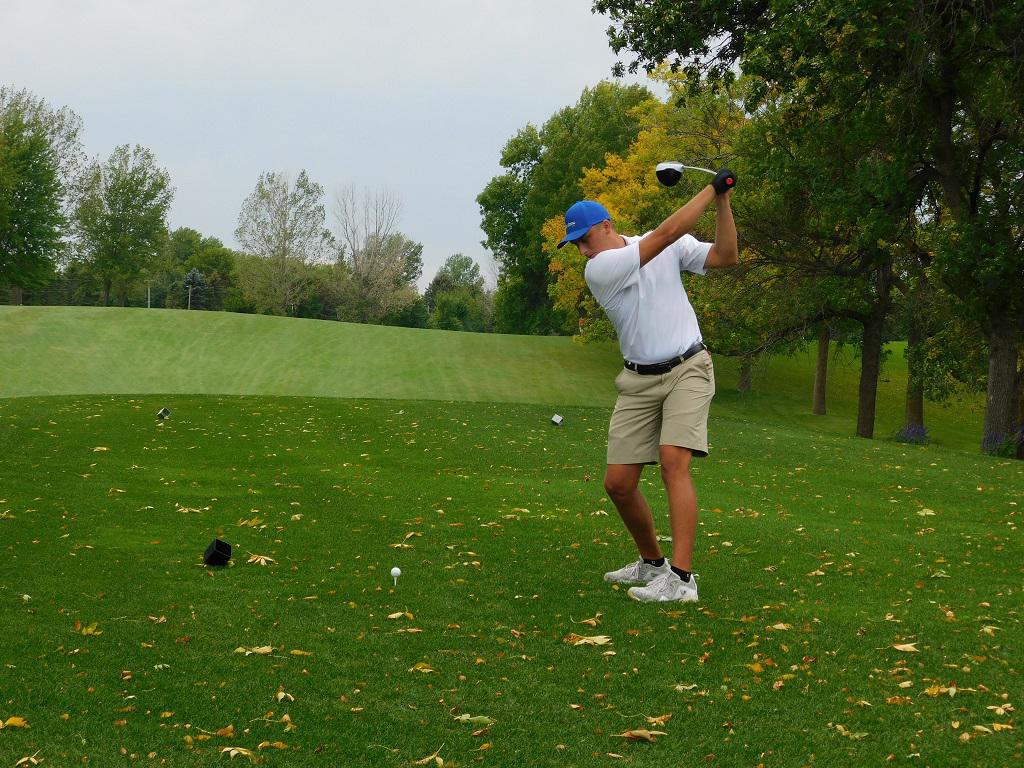 Grant Inniger tees off on the 14th hole. PHOTO by JEFF HAUKOS