The Fergus Falls girls’ golf team won the Section 8AA championship in Bemidji on Tuesday, recording a two-day total of 688, qualifying for the Class AA State Tournament for the first time in school history.  Second place went to Perham with a 714, followed by Crookston with a 750, Hawley with a 754, East Grand Forks with a 760 and Barnesville with an 806.

“The girls had a great tournament the last two days,” commented Fergus Falls Head Coach Ben Jurgens.  “Bemidji Town and Country Club was in phenomenal shape for the girls and they took advantage of the playing conditions, shooting our best two team scores of the year when it meant the most.”

Mallory Belka of Perham was the tournament medalist with a score of 149.  Annika Jyrkas of the Otters was runner-up with a 160, Anna Eckmann of Park Rapids Area was third with a 164, Ellia Soydara of Fergus Falls took fourth with a 169 and Joslynn Leach of Crookston was fifth with a 172.  Park Rapids Area golfer Madysen Maninga was sixth with a 175, followed by Annie Mayer of Fergus Falls at 176, Ivy Tickel of Hawley at 177, Sophie Cook of the Nuggets with a 178, Aleah Oshie of East Grand Forks with a 179 and Rylee Hunt of Perham with a 183.

“Each player played quality golf during the tournament, giving us the opportunity to use all six players if needed,” added Jurgens.  “Annika Jyrkas had a great tournament, taking second place and shooting a day two score of 76.  Ellia Soydara was solid from start to finish.  Annie Mayer gave us a tremendous 85 on day one. Thea Eklund, Ella Mayer and Lexi Metcalf worked together to fill the fourth score both days and that is exactly what they did.  Thea shot a career low 90 on day two.  Each one of our girls play with the attitude their score is going to count and I think that philosophy paid off these past few days.”

The Otters will now compete at the State Tournament on Monday and Tuesday at Ridges at Sand Creek in Jordan. 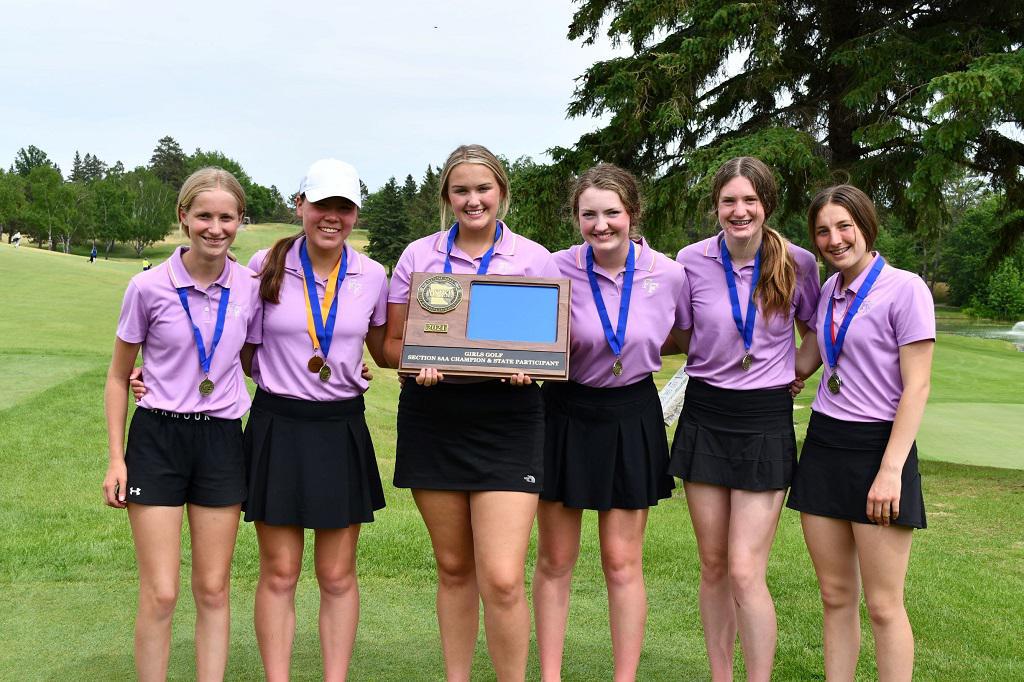