The Battle Lake Battlers varsity volleyball team held their end of the season banquet in early November.  The team had a potluck supper and recapped the season while handing out awards.

Kayler Brandner earned the Top Server for the season with 95.1% serving.  Ady Tysdal earned Top Defensive Player with 215 digs.  Sophie Akerman was our Assist Leader with 453 assists while Grace VanErp was the Top Offensive Player with 353 kills and 58 aces.  Kayler Brandner, Kaitlyn Brandner, and Maia Scholten each earned Academic All State for their work in the classroom while the team earned the Silver Award.  The team GPA was 3.71.

The final awards voted on by the team went to Kaitlyn Brandner for Most Improved and Grace VanErp Most Valuable. 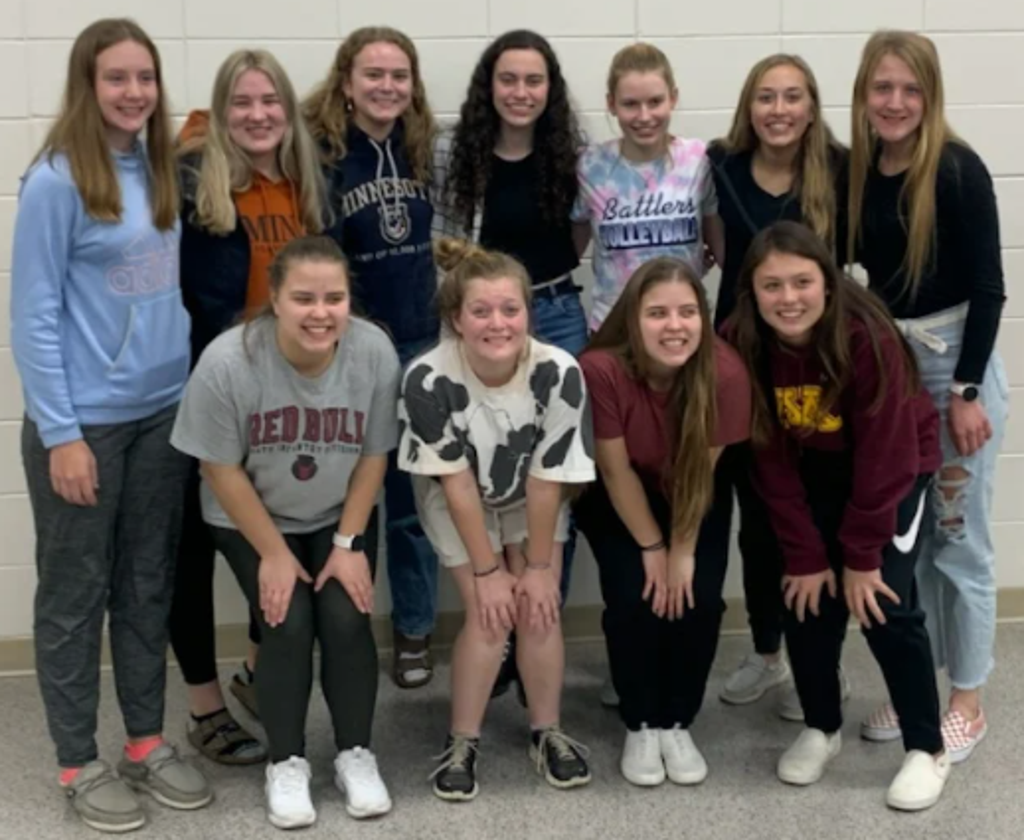