The Fergus Falls Otter Squirt B1 team traveled to Fargo, ND this past weekend to participate in the 2021 Squirt International Tournament. The Fergus Otters are coached by Jay Lunde, Toby Johnson and Luke Johnston. 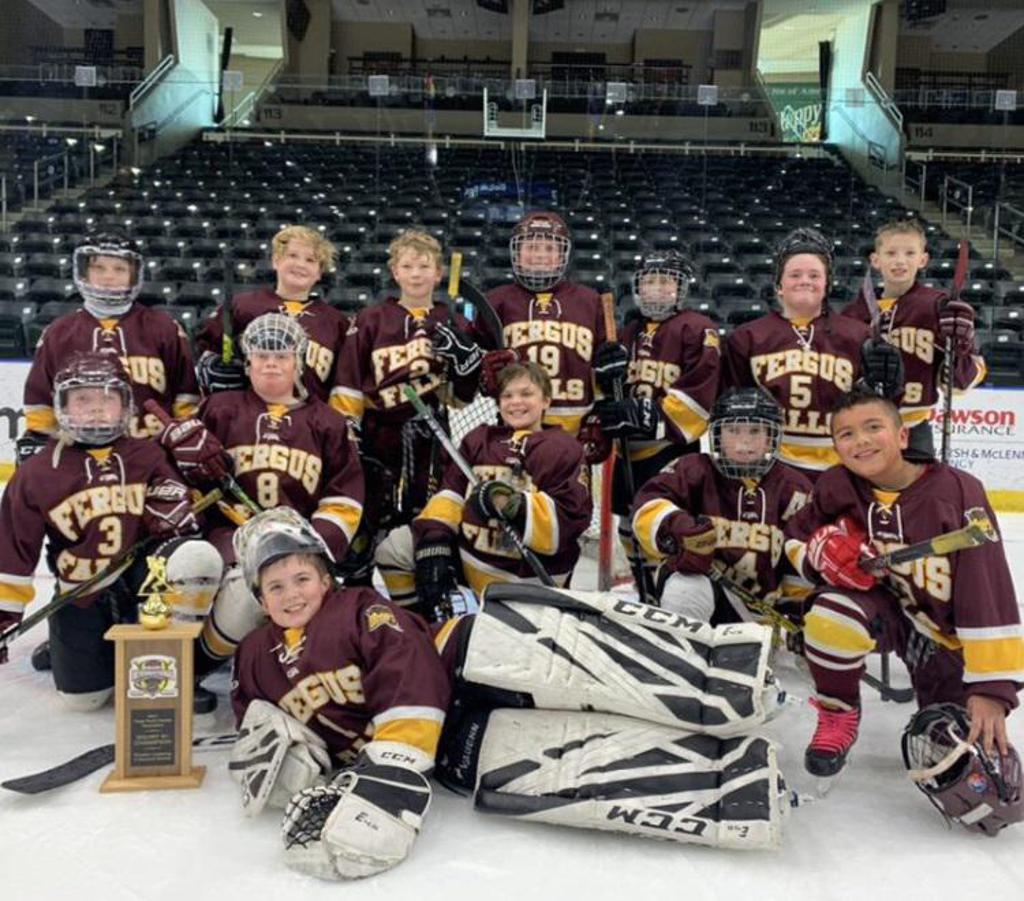 The Otters started the tournament Friday with a game against Farmington’s squirt B team. The Otters scored 2 goals, one in the second period by Aadreyan Lopez and the second goal in the third period by Braden Lunde assisted by Parker Kantrud. The Otters lost the game 2-9.

The Otters competed again on Friday evening against MN River Bulldogs and lost 0-5.

Saturday the Otters got back on the ice with strength and determination. The first game Saturday was against St Louis Park. The first period neither teamed scored. The second period the Otters took the lead scoring 4 goals, the first goal by Landon Noon, the second goal by Cameron Peterson assisted by Corban Proffit, the third goal by Sean Rufer and the fourth by Aadreyan Lopez. One goal in the third period by Lopez assisted by Keaton Babolian finishing the game with a 5-0 win by the Otters.

Sunday morning the Otters played in the Fargo Scheels Arena for their final game against the Bismark Capitals Squirt B1 White team. The Otters scored one goal in the first period by Cameron Peterson assisted by Braden Lunde. In the second period they scored 1 goal by Corban Proffit assisted by Parker Kantrud and Aadreyan Lopez and the third goal by Chase Johnston assisted by Carson Anderson. The Otters won 3-2.

Levi Klaksvick was goalie for the Otters with over 50 saves during the tournament.

The Fergus Falls Squirt B1 Otters brought home a 1st place Trophy in their bracket in the Squirt International Tournament.

The Otters Squirt B1 team is sponsored by Quality Circuits.