The Breckenridge Cowgirls opened their 2020 volleyball season on the road against the DGF Rebels on Thursday, prevailing in a five set match.

The Cowgirls dominated the first set, leading to a 25-17 set 1 win over the Rebels. Set 2 brought more Rebel offense, yet the Cowgirls still held onto a lead throughout the set, winning Set 2 25-22.

“We came out strong, with an aggressive front row and kept DGF out of system so we could set up our offense,” remarked Head Coach Margaret Wilson.

“5-Set matches are tough but exciting,” exclaimed Wilson. “When it comes down to a 15-point set, both teams have to regroup, find some energy, and overcome exhaustion if they want to win the match.”

The 5th set started with the Cowgirls behind at one point 2-9. A couple Rebel service errors and the Cowgirls were back in it 6-9.

“Jude Held, our senior middle, took control at this point,” recalled Coach Wilson. “She wanted the ball, she earned some key kills and she slowed down the Rebels at the net. Tori Undem, our junior right side, stepped up, found some holes in the Rebel’s block, and earned herself a couple kills here as well. We found a great spark and some momentum and we finished the 5th set strong, just like we started the match. It was an exciting match, definitely a great way to start our season!”

Abby Johnson led the Cowgirls with 18 kills and added 11 digs along with 3 ace serves.  Held added 13 kills and 3 block assists, and Camryn Kaehler had a dozen.  She also had 3 block assists and one solo block.  Undem finished with 7 kills.  Carcie Materi distributed 25 set assists and added a pair of aces, and Sophie Larson had 15 set assists, 3 ace serves and 11 digs.  Riley Finkral was the dig leader with 23. 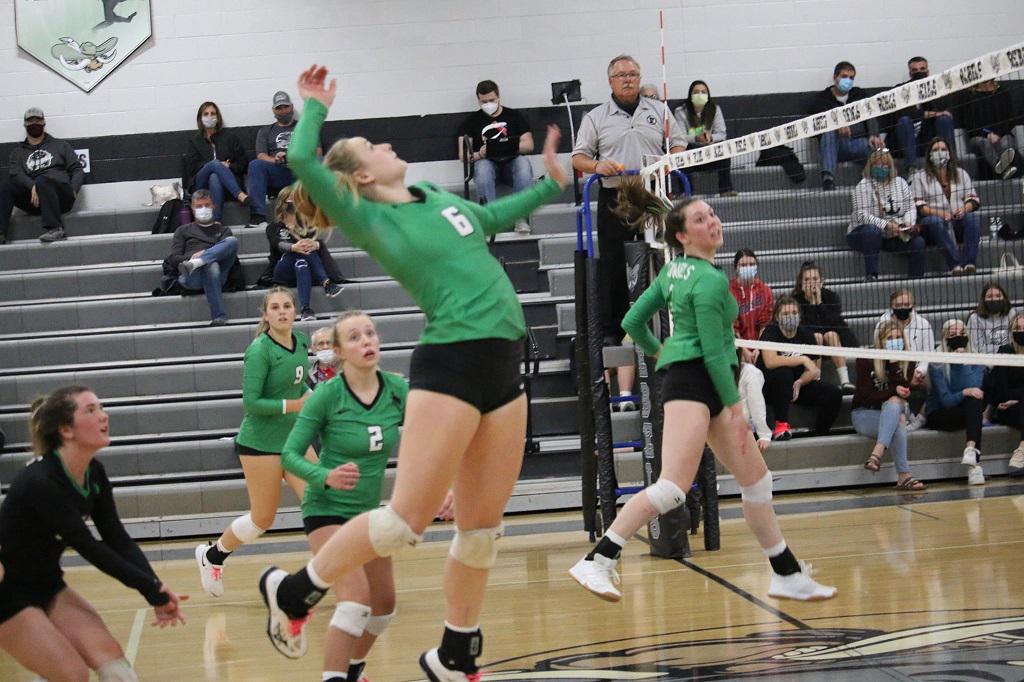 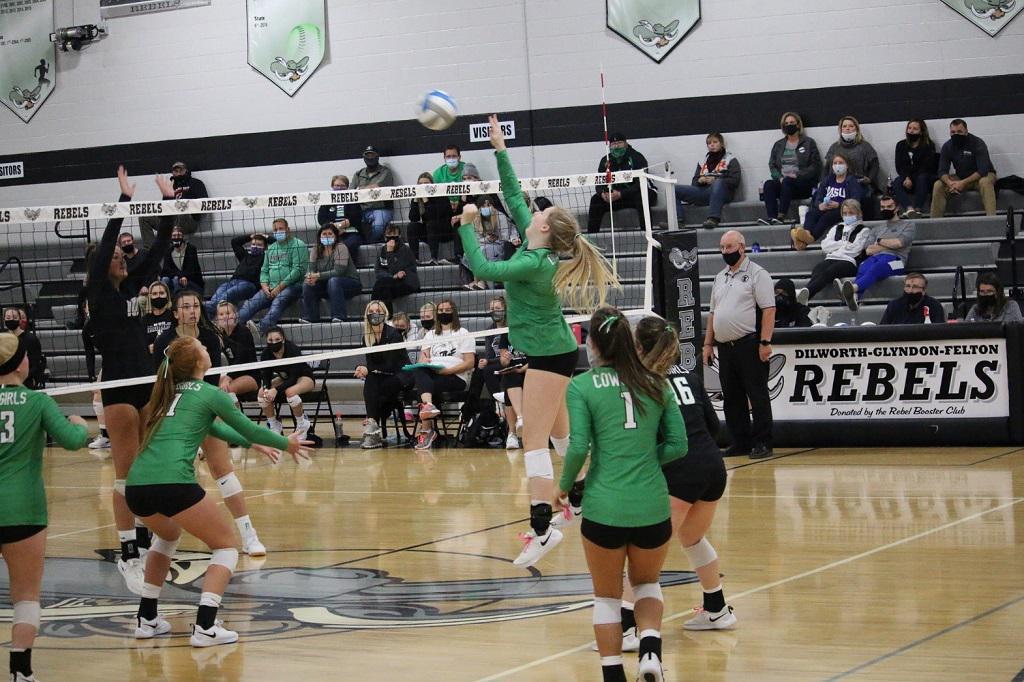 #14 Junior Tori Undem with a right side attack. PHOTO by CAROL COLBY