The West Central Area Knight’s Cross Country Team raced in Staples at Vintage Golf Course, deemed as one of the premier meets of the season with two of the three top ranked girl’s teams and the three top ranked boy’s teams. The Knights made a powerful showing, with the girls getting 2nd and the boys narrowly getting 1st. 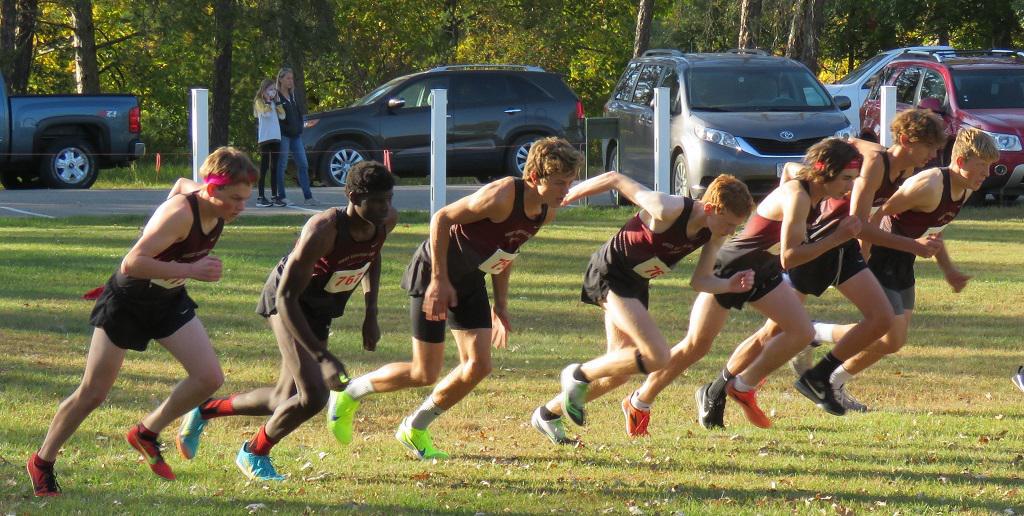 Lexi Bright looked unrelenting as she ran with Staple’s top runner Kyanna Burton, finishing in under 20 minutes to a 2nd place finish.  Taylor Bennet was 5th, followed by Mace Grosz in 6th.  “Taylor has been instrumental in providing leadership to our inexperienced competitors,” stated WCA Head Coach John Van Kempen.  Terina Blascyk was next in 16th, Halle Foslien (17th), Alexa Blume (18th) and Mya Foslien (20th).  The meet had powerhouse Staples winning with 25 points, the Knights with 46 and Perham with 53.   “We are hoping there will some sort of post season and this experience racing against talented teams helps us to learn how to prepare and compete against other good teams,” added Van Kempen.

The boys’ race came down to the last 100 meters of the race.  Junior Reubens Swanson passed a Staple’s runner, giving the Knights the win and preventing what would have been a tie.  Reubens ended up in 8th place overall.  “Our boys 1-2-3 punch ended up in 2nd, 3rd and 4th, said Van Kempen.  Kyle Schill was 2nd, Kade Runge (3rd) and Alex Salwasser (4th) behind Staples Emmet Anderson, who has several Division 1 offers on his plate.  Shad Swanson was the Knights fifth runner across the line in just over 18 minutes and 14th place.  Peyton Hanson was next in 16th and Roman Mihailovschi in 21st.  WCA ended with 31 points, ahead of Staple’s 33 and Perham’s 61.  “Perham wasn’t at full strength and they are looking forward to our next match up,” noted Coach Van Kempen.

The JV races had Knight’s Sydney Ulrich and Eli Bergman in 1st  place.  “We have the luxury of having several kids vying for varsity spots and our JV runners would be great additions to any teams,” commented Van Kempen.  Both Knight JV teams won their races.  Brynn Fernholz was 2nd, Chloe Larue (3rd), Blaire Reuter (5th), Liz Rustan (6th) and Quinn Huntley 15th.   Next for the boys was Isaac Kreft (3rd), Tyler Biss (4th) Anthony Sykora (6th) and Jack Courrier (7th). 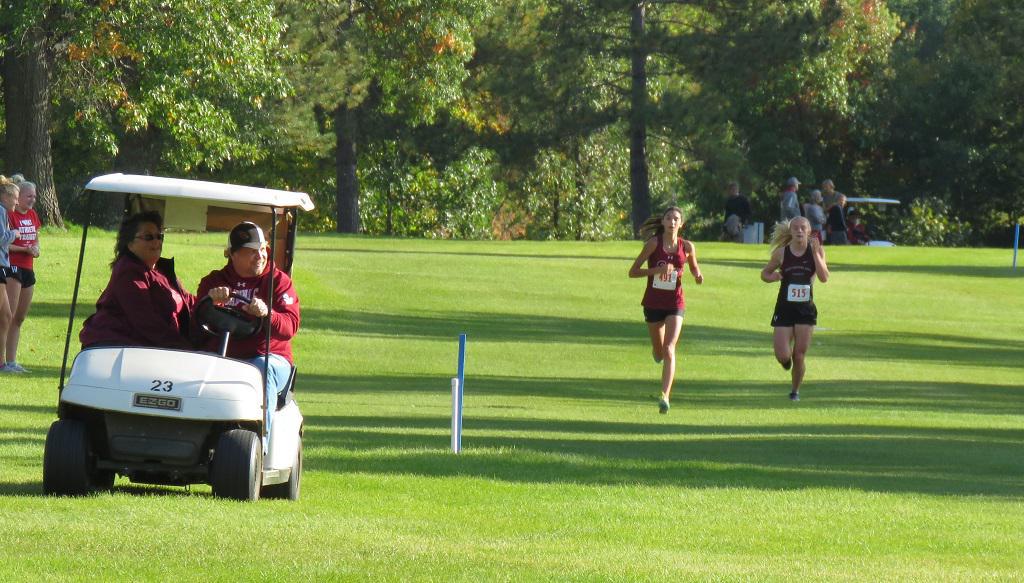 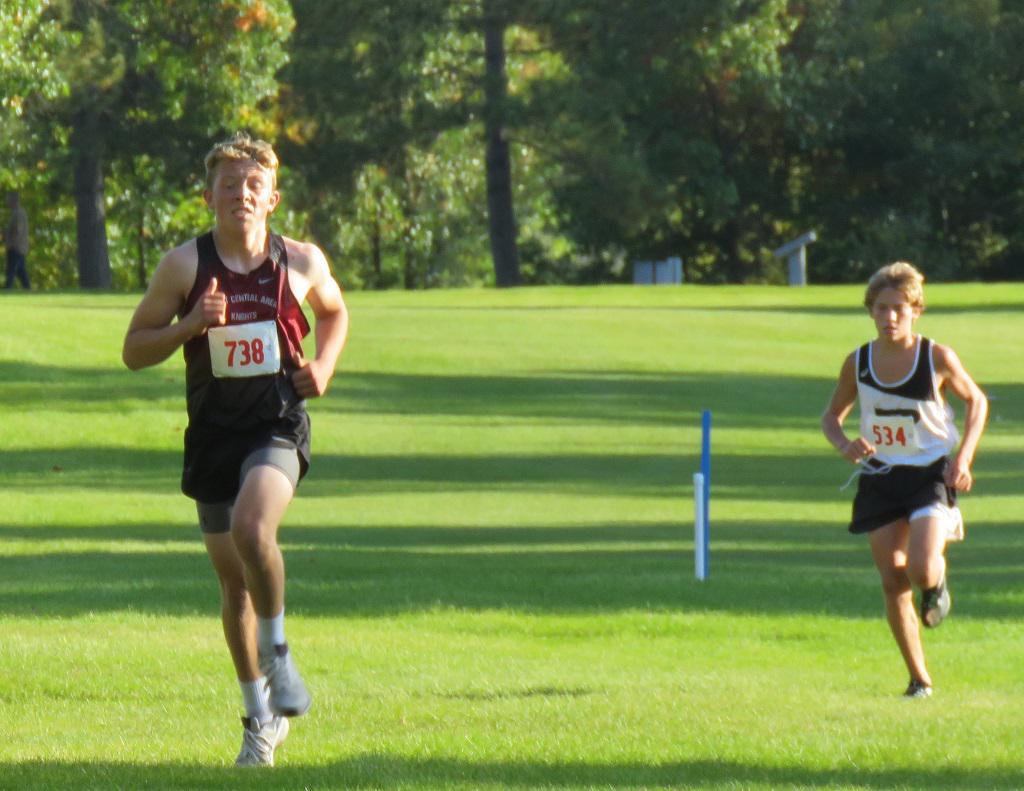 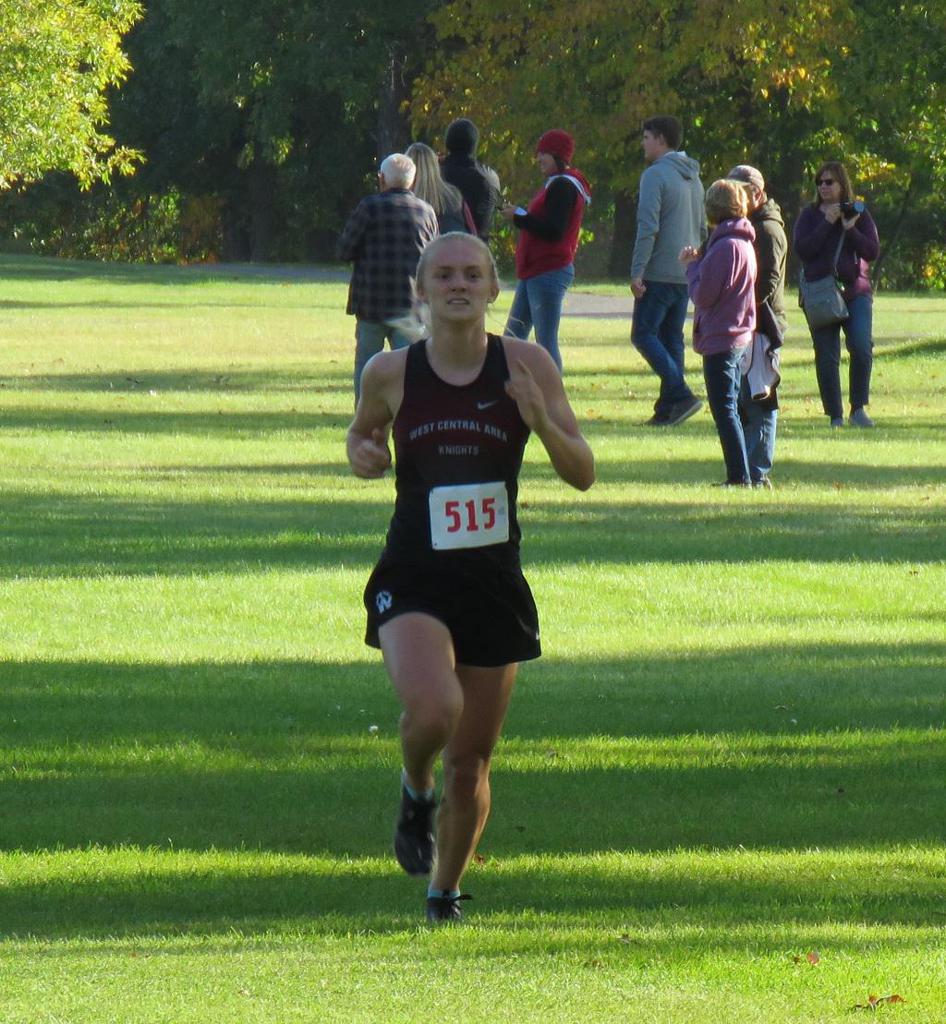 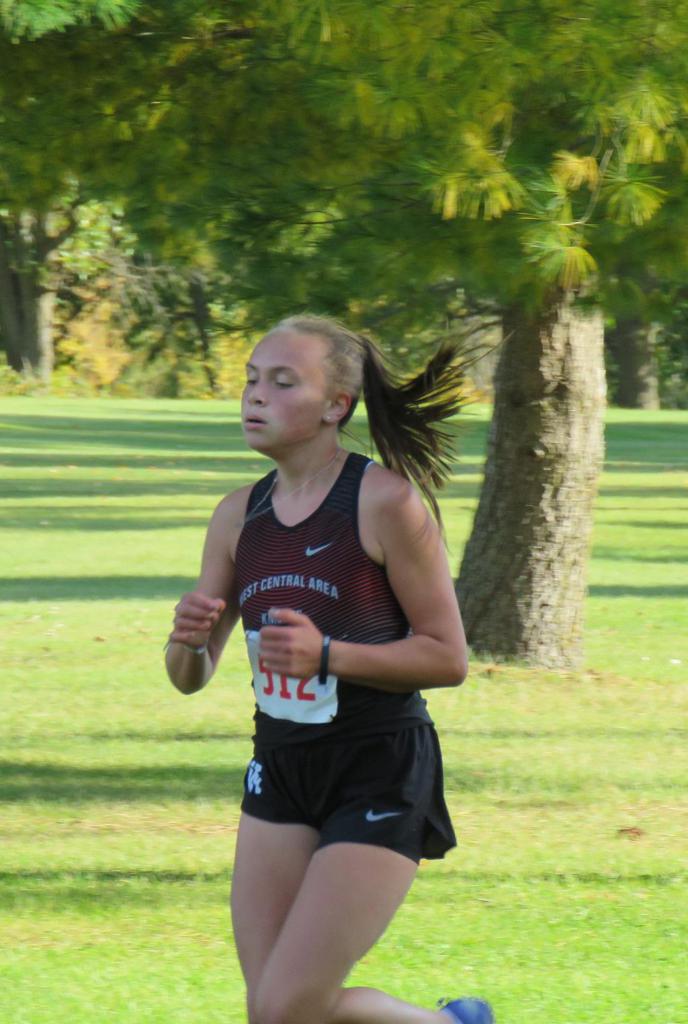 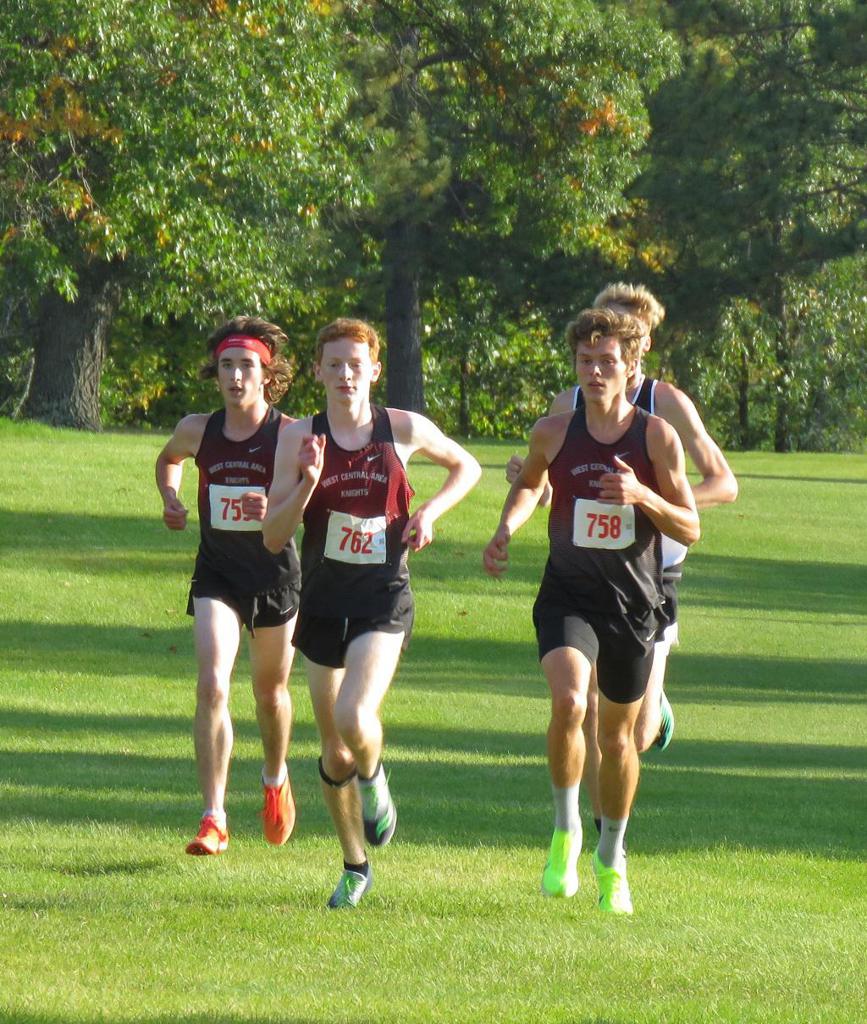 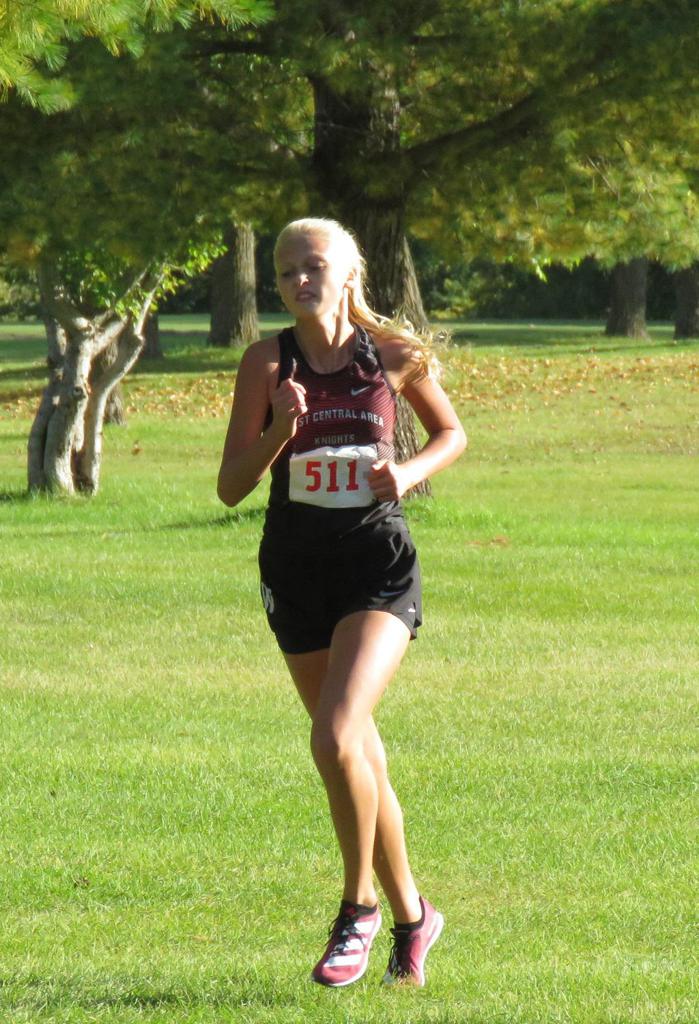 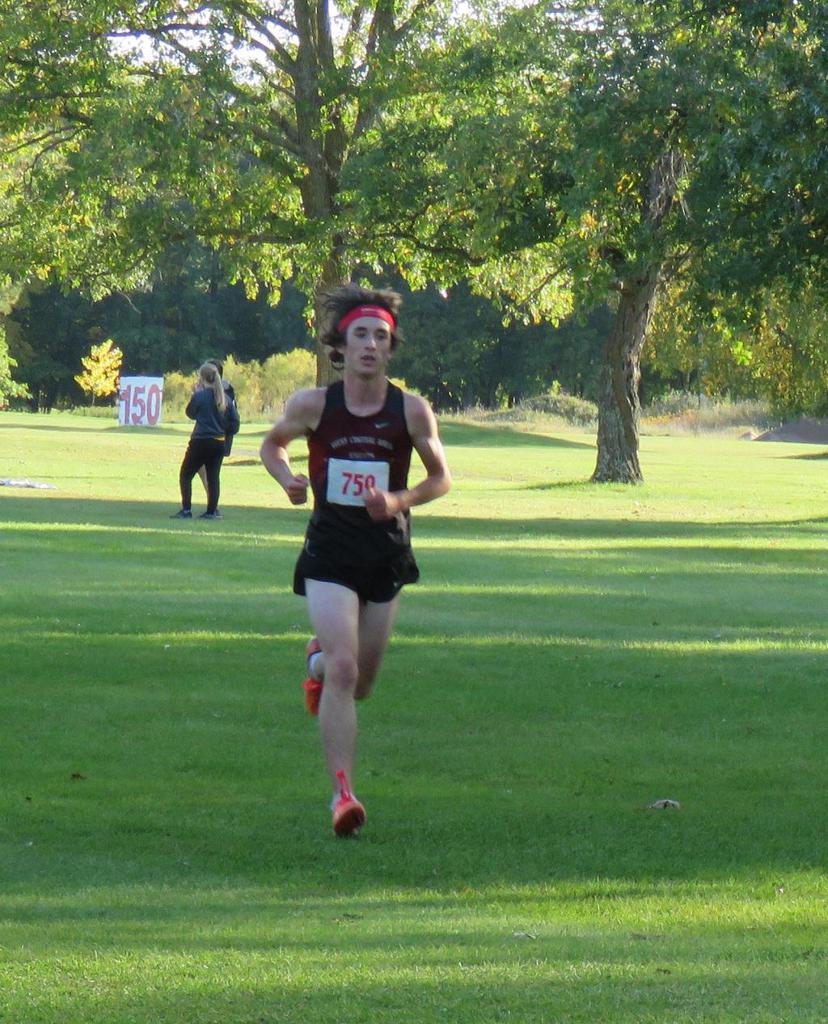 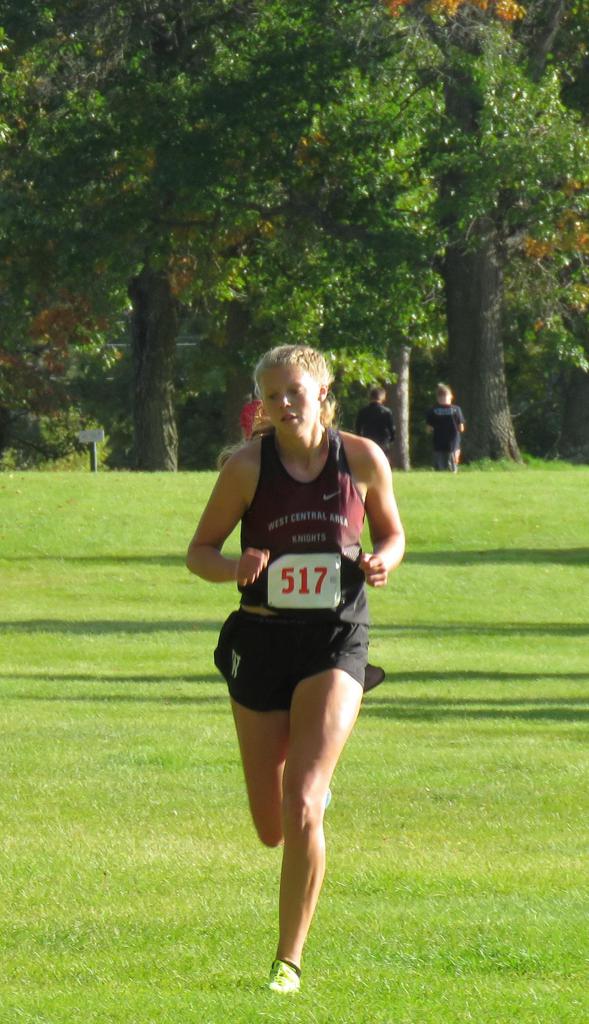 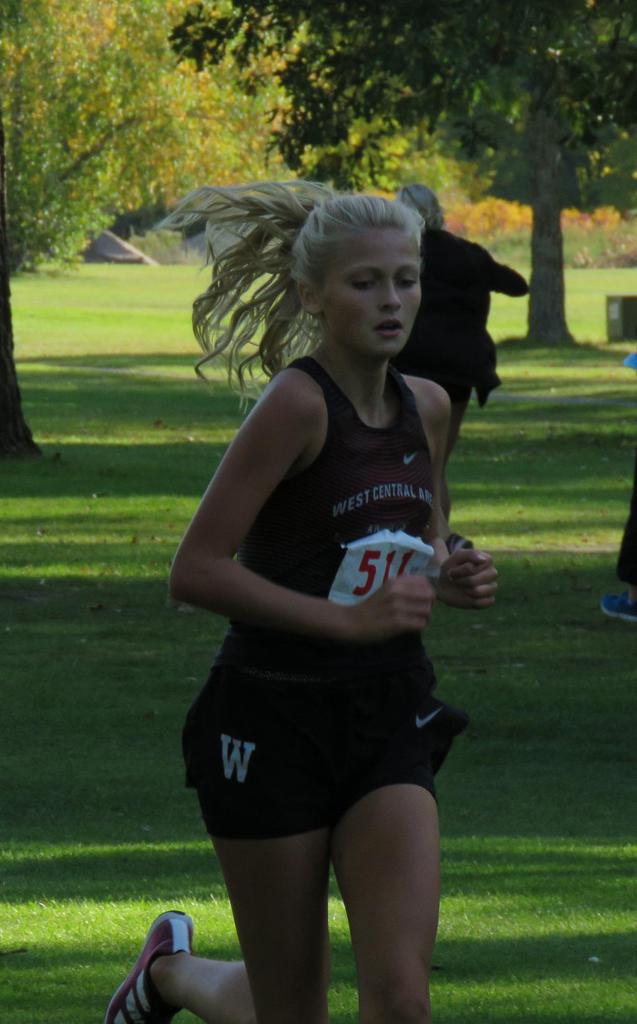