A steal and 3-point play from Dominic Aguilar in the closing seconds guided the Fergus Falls boys to a thrilling 53-50 home victory over Alexandria Friday night. 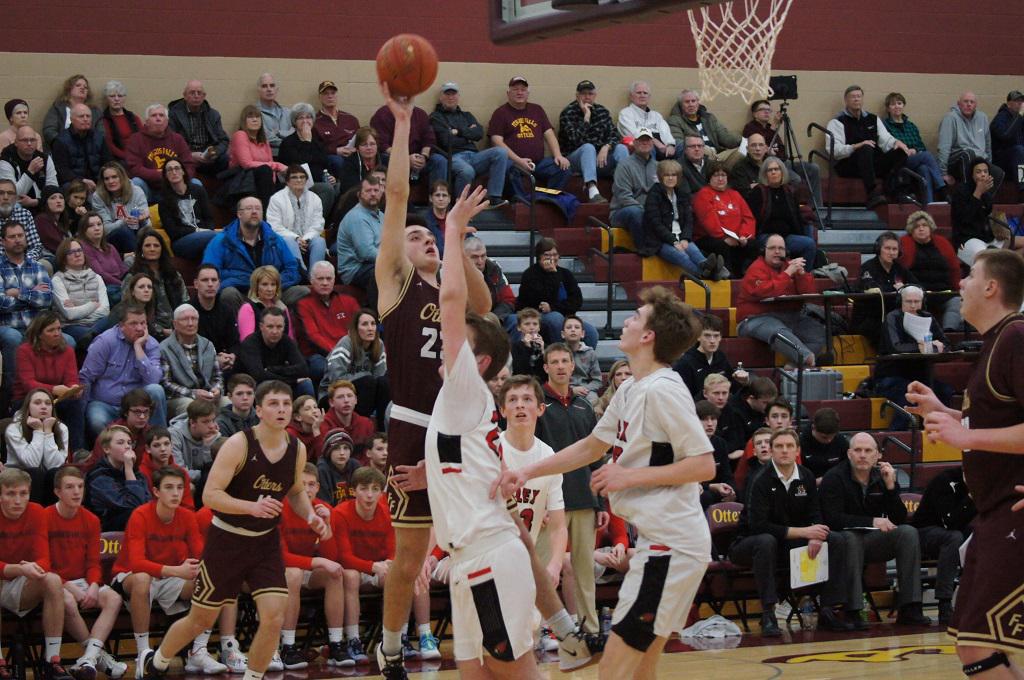 With the game tied 50-50, and less than a minute remaining in the contest, the Otters held the ball for a last shot opportunity but a bad pass turned the ball over to Alexandria with about 0:07 left, giving the Cardinals a chance to win. Fortunately, the Otters had fouls to give, and used one on the first in-bound attempt in the back-court, taking a couple of seconds off the clock. On the next in-bound, Aguilar stole the ball from Alexandria's Kristen Hoskins, and was fouled laying in the winning basket and free-throw with 0:01 left.

Alexandria led 8-2 in the early going as the Otters had several turnovers in the opening minutes. The largest lead of the contest for either team had the Cardinals up 20-13 in the final minutes of the opening half, before the Otters narrowed the deficit to 23-21 at the break. Chance Fazio led Fergus Falls with 10, with Colton Roderick scoring 9, and Carrson Jones 7 for Alexandria.

The Otters took their first lead of the game, beginning the half on a conventional 3-point play from Aguilar, the start of a huge second-half for him scoring 20 points that included four treys. The Otters had four-point leads on a couple of occasions, but Alexandria kept coming back. Roderick had a pair of huge 3's for the Cardinals down the stretch, both tying the game.

Alexandria was hurt by starter Erik Hedstrom having to spend extended minutes on the bench after getting into foul trouble.

With the win, their 8th in a row, the Otters (18-4, 11-2 CLC), take over the lead in the Central Lakes Conference, just ahead of Alexandria (16-7, 11-3 CLC). It will be a quick turn-around for the Otters as they travel to Bemidji Saturday for a 3 p.m. matinee with the Lumberjacks. 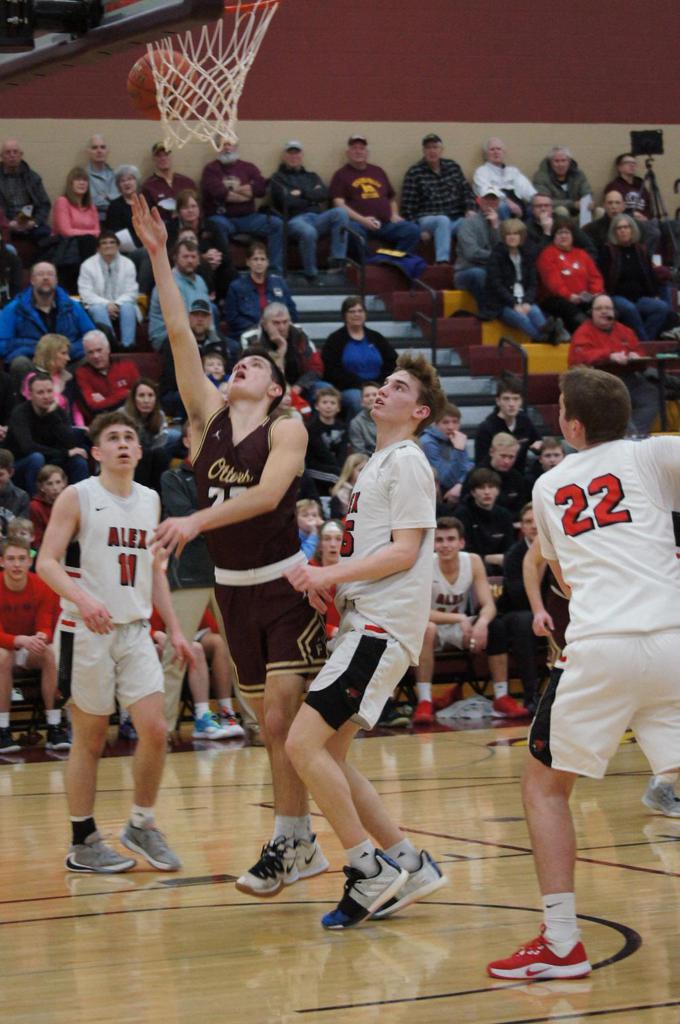 Dominic Aguilar finishes a drive to the bucket. 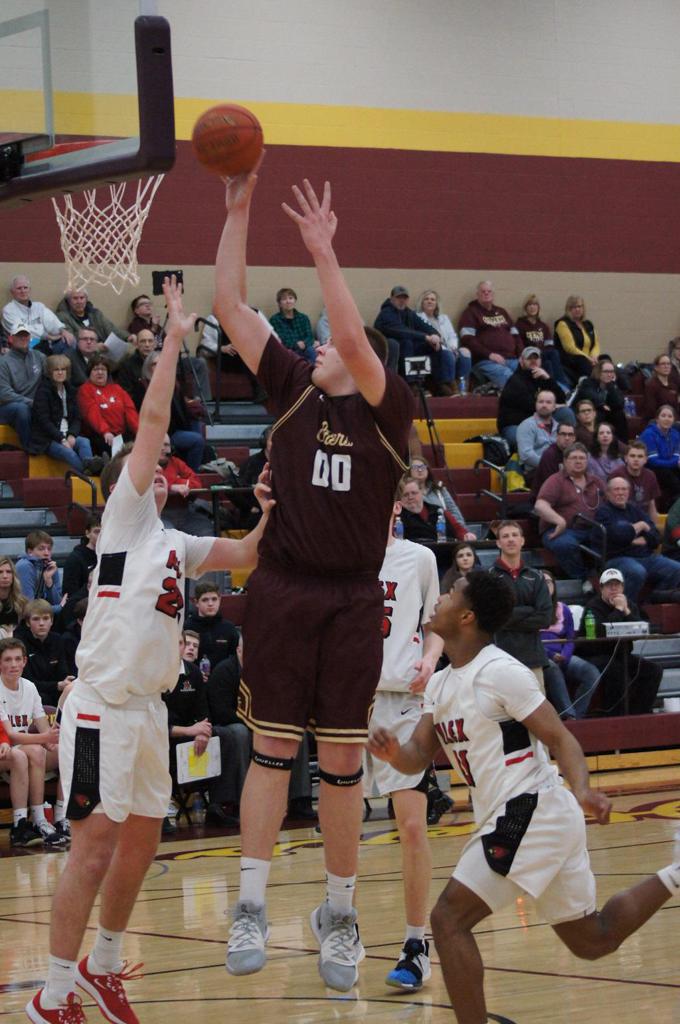 Chance Fazio with a basket. 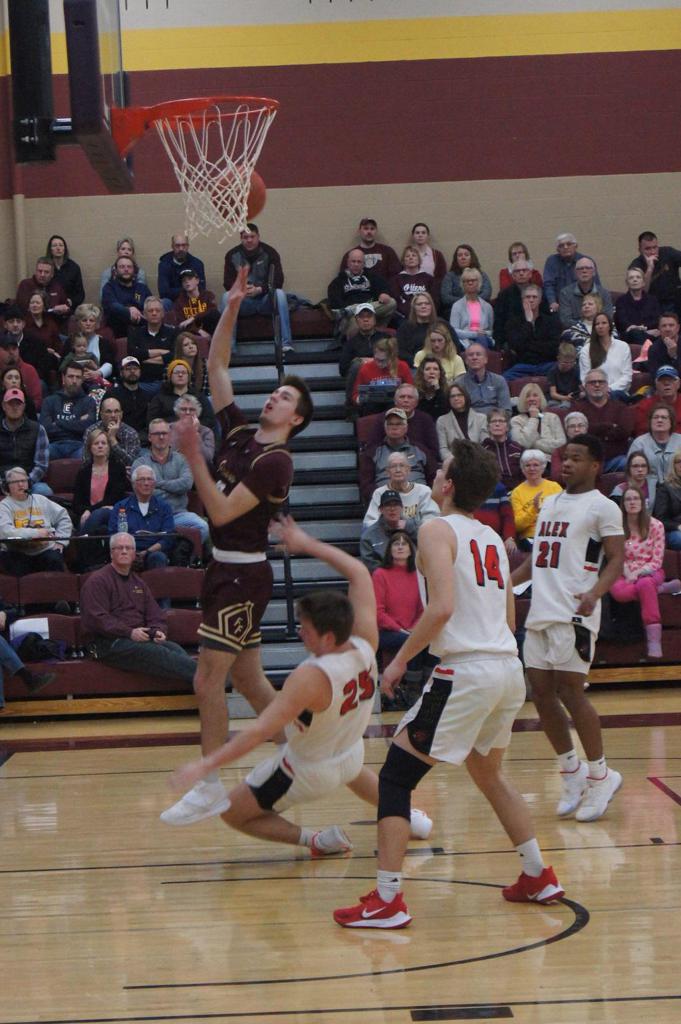 Cody Norgren takes it to the hoop.