Following a scoreless first quarter the Fergus Falls Otters tallied 21 second quarter points to take a 21-6 halftime lead on the way to a 35-14 victory over the Perham Yellowjackets in the semifinal round of the Section 8AAA playoffs on Saturday night in Fergus Falls.

Carter Thielke hooked up with Cole Zierden on a 27 yard scoring toss with 10:48 left in the second quarter.  Jaydon Manteufel added the extra-point kick for a 7-0 lead.  The touchdown capped a 97 yard scoring drive for the Otters.  After a fumble recovery by Jonah Sorum, the Otters scored on their first play from scrimmage as Griffin Babolian ran the ball into the end zone from the 19 yard line.  Manteufel again added the PAT kick and it was 14-0, Fergus Falls.

Colton Hackel’s one yard run with 5:36 left in the half cut the lead to 14-6 with 5:36 remaining.  With four minutes left in the first half Landon Thacker carried the ball into the end zone from 4 yards out and Manteufel kicked the point after for a 21-6 Fergus Falls lead.

The third quarter was scoreless, but Fergus Falls extended their lead to 28-6 when Thielke hit Cole Zierden with a 13 yard TD pass with 10:43 left in the fourth quarter.  Manteufel tacked on the extra point.  Hackel scored on another one yard run, completing a 15-play, 70-yard scoring drive.  Hudson Hackel’s two-point conversion run put the score at 28-14 with 6:21 to play.  Fergus Falls concluded the scoring with a 9 yard TD run by Thielke and Manteufel’s fifth consecutive successful extra-point kick.

Perham finished with 235 total yards (170 rushing, 65 passing).  Hackel ran for 93 yards on 23 carries to lead the Yellowjackets.  He completed 9-of-26 passes with Josh Peterson on the receiving end of two of them for 29 yards.

Perham ends their season with a 6-4 record.

Fergus Falls (8-2) will face the top seed in Section 8AAA, Dilworth-Glyndon-Felton, at 5:30pm Thursday at the Fargodome.  The Rebels advanced to the title game with a 28-7 win over Thief River Falls. 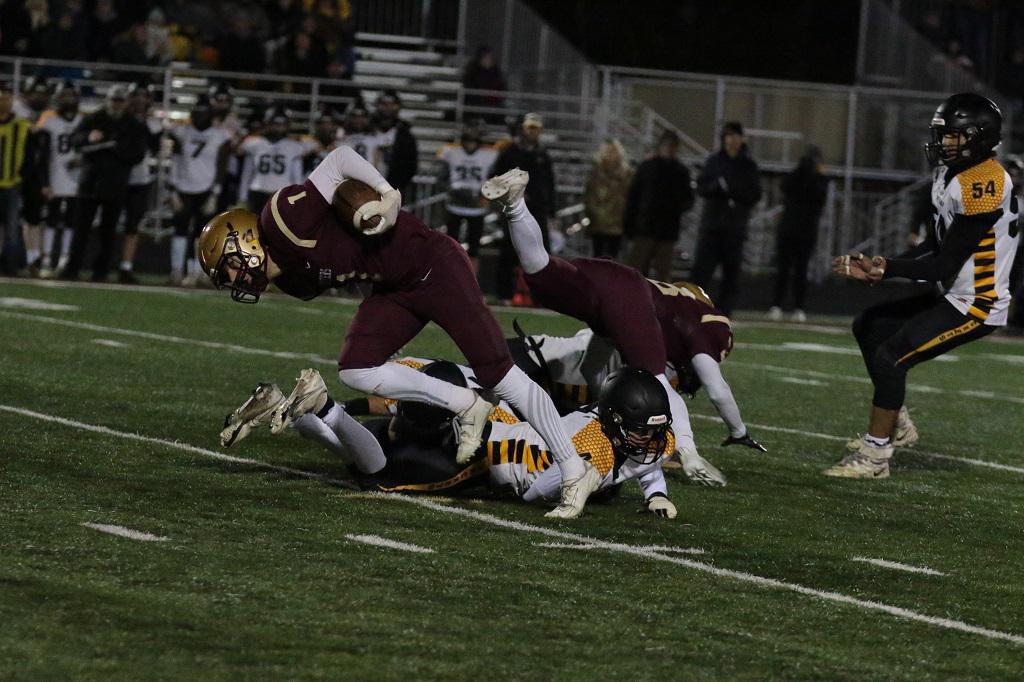 Landon Thacker fights through a tackle. PHOTO by MELISSA BABOLIAN 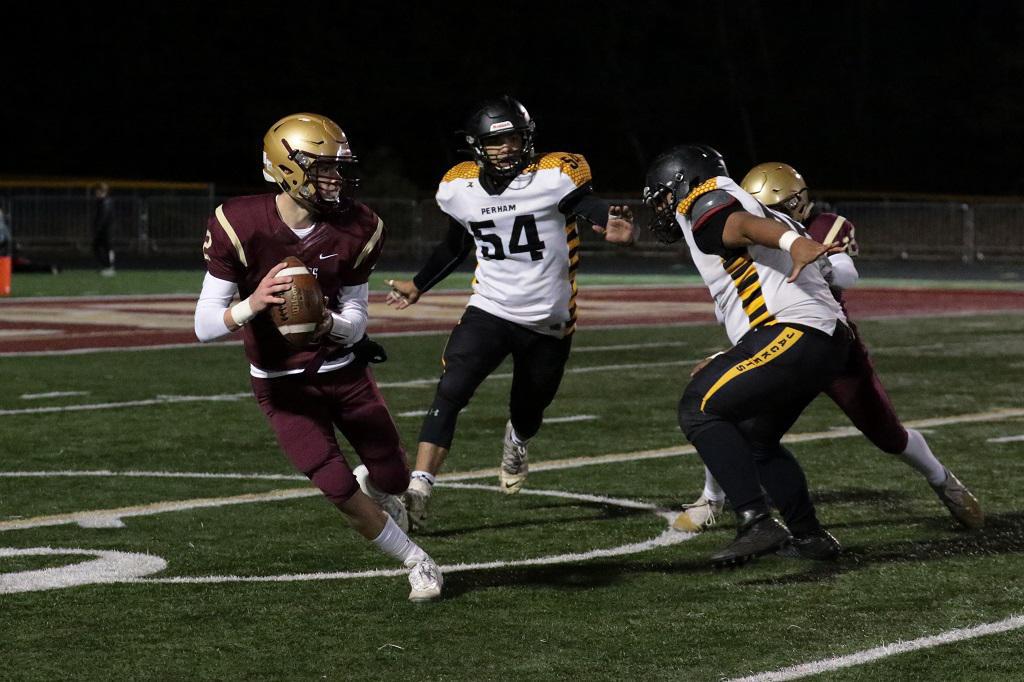 Carter Thielke looking for a receiver. PHOTO by MELISSA BABOLIAN