The West Central Area Knights recorded their 20th win of the season on Tuesday night with a sweep of Clinton-Graceville-Beardsley. The Knights improved to 20-5 on the year with a 3-0 (25-20, 25-16, 25-23) victory over the Wolverines.

“We may have swept them, but it wasn’t without a fight,” said Knights Head Coach Missy Foslien.  “The Knights put on a great defensive show. Elizabeth Rustan (13 digs) and Mya Foslien (13 digs) had some amazing saves.  Madelyn Westrom (9 digs) was often in just the right position to defend CGB’s outside hitter Jessica Moberg. We also had a great night getting touches on their aggressive swings.  It was an all-out team effort.”

Macy Grosz added 12 digs, while Kaitlyn Hansen and Whitney Westrom had 9 digs each.  Grosz did an excellent job distributing the ball, recording 32 set assists.  Leading attackers were Mya Foslien with 12 kills, Elizabeth Rustan with 11 kills and Halle Foslien with 6 kills and 2 blocks.  Addison Staples finished with 5 kills and 3 blocks.

“I really felt that everyone on the floor and off the bench brought the fire for tonight,” said Coach Foslien. “They played with composure and determination, that’s how we want to play as we are nearing tournament time.”

The Knights have one more home game on Thursday, versus Swanville and then one more conference game the following Tuesday versus Hancock. 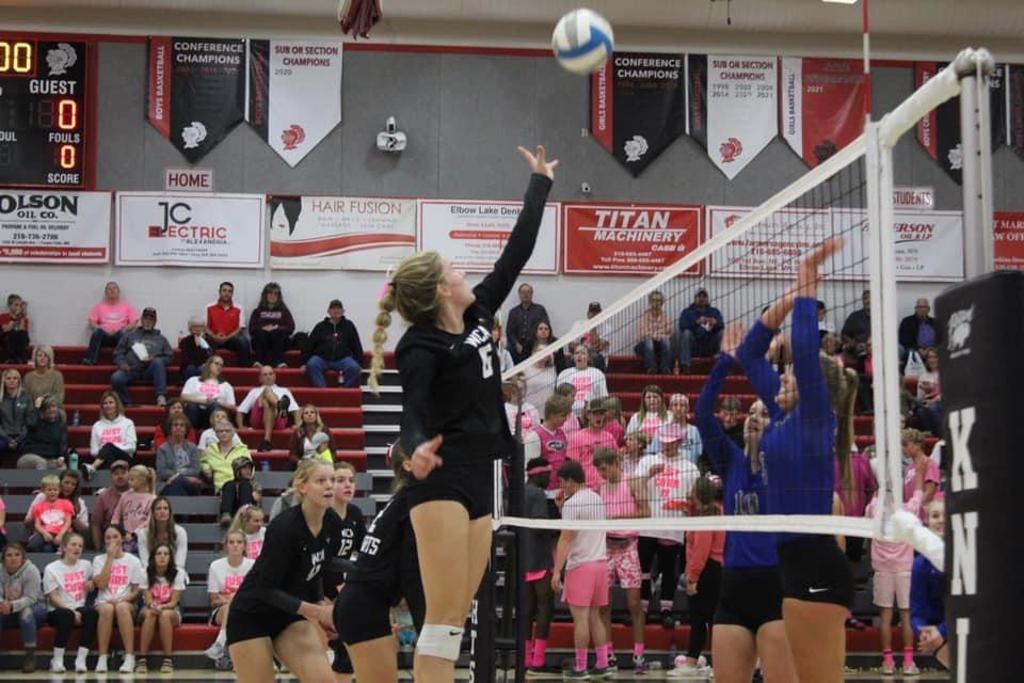 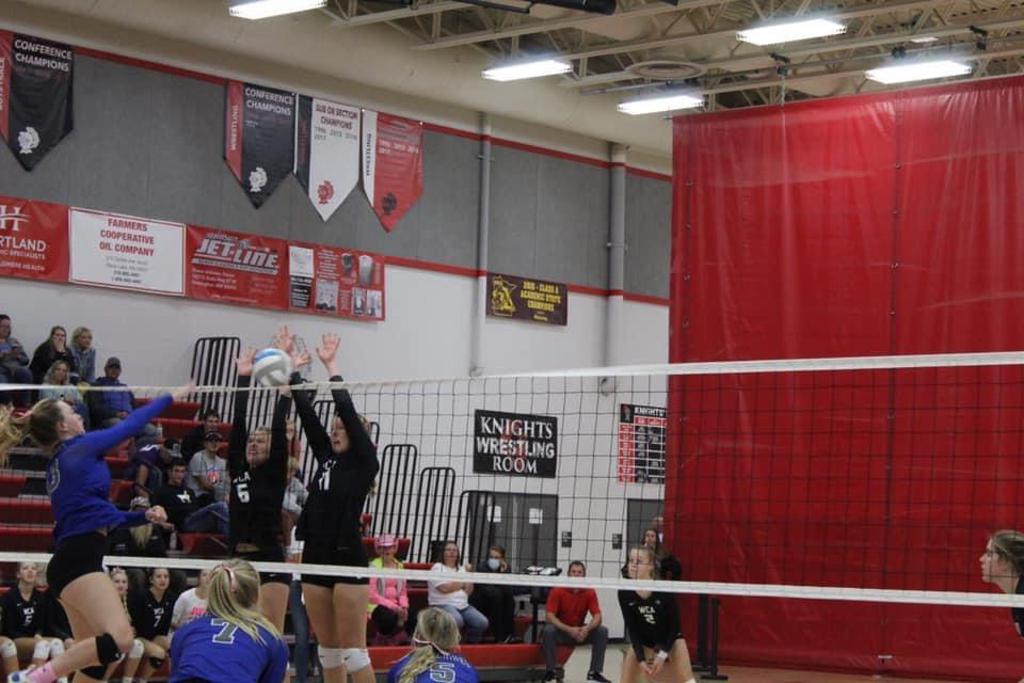