New York Mills posted a pair of boys’ basketball victories this past week, beating Verndale 69-59 on Tuesday night and Sebeka 75-33 on Friday night.  In addition to the two wins, Tate Olson reached 1,000 career points in the win over Sebeka.

“Verndale handled our pressure and shot the ball extremely well,” commented New York Mills Head Coach Jason Boe.  “We just made more plays at the end.  They will be a tough opponent next year.”

Tate Olson had a monster game with 40 points, 16 rebounds and 3 assists to lead the Eagles.  Jonah Johnson added 15 points, 3 rebounds and 2 steals.  Noah Noffsinger dished out 7 assists and pulled down 6 rebounds.

In the win over Sebeka, Olson had another double-double (23 points, 12 rebounds) as he reached the 1,000 point milestone.  Noffsinger also registered a double-double with 11 points and 11 rebounds.  Derin Gaudette added 17 points and Johnson chipped in with 8.

“We were able to give everyone some minutes while honoring our patents on Parents Night and Tate Olson reaching 1,000 points,” noted Coach Boe.  “It was a good night for our program.  Tate is a very gifted basketball player who has put in his work.  He can score anywhere on the court and his court vision is second to none.  He probably could have reached the milestone sooner, but he often gives up good shots to set up his teammates for better shots.  We are extremely proud of him.”

New York Mills (11-2) has rattled off seven straight wins.  They will play at Wadena on Tuesday and at Menahga on Friday. 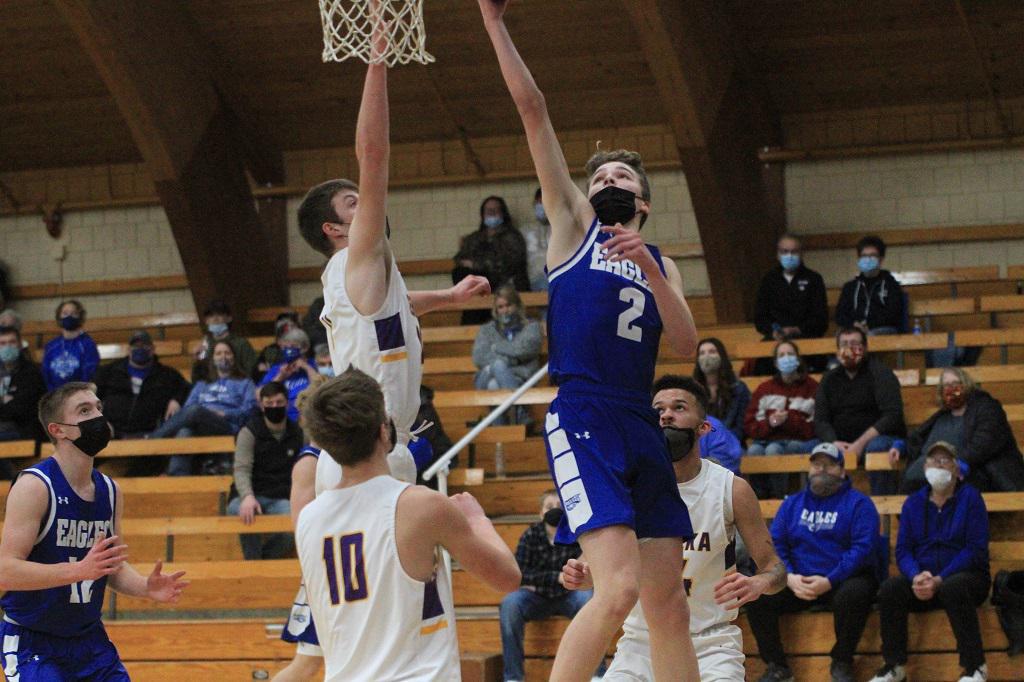 Tate Olson with one of his baskets. PHOTO by NEWS YORK MILLS DISPATCH 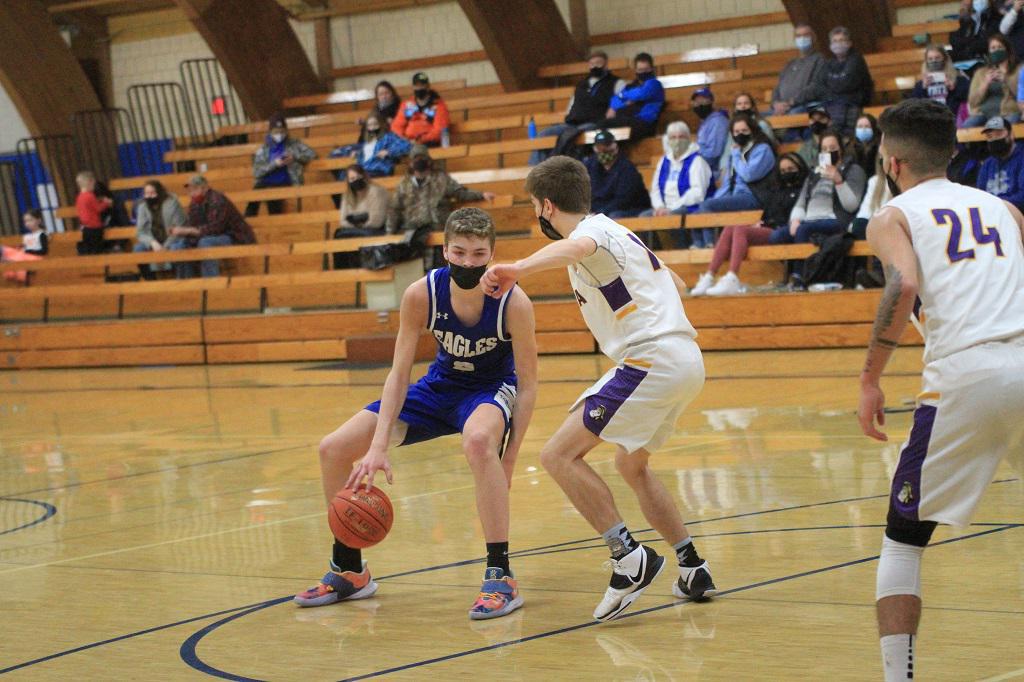