Perham seniors Noah Rooney and Finn Diggins put pen to paper when they signed their National Letter of Intent to continue their athletic career at the collegiate level on Dec. 16 during a ceremony at the Perham High School.

“What a great opportunity it is for these two young athletes to continue their athletic careers at the next level. Noah and Finn have been great ambassadors for the Yellowjackets and have exemplified what it means to be a student-athlete,” Perham Activities Director Erin Anderson said. “We really look forward to seeing what the future holds for these two and wish them the best in their futures after PHS.” 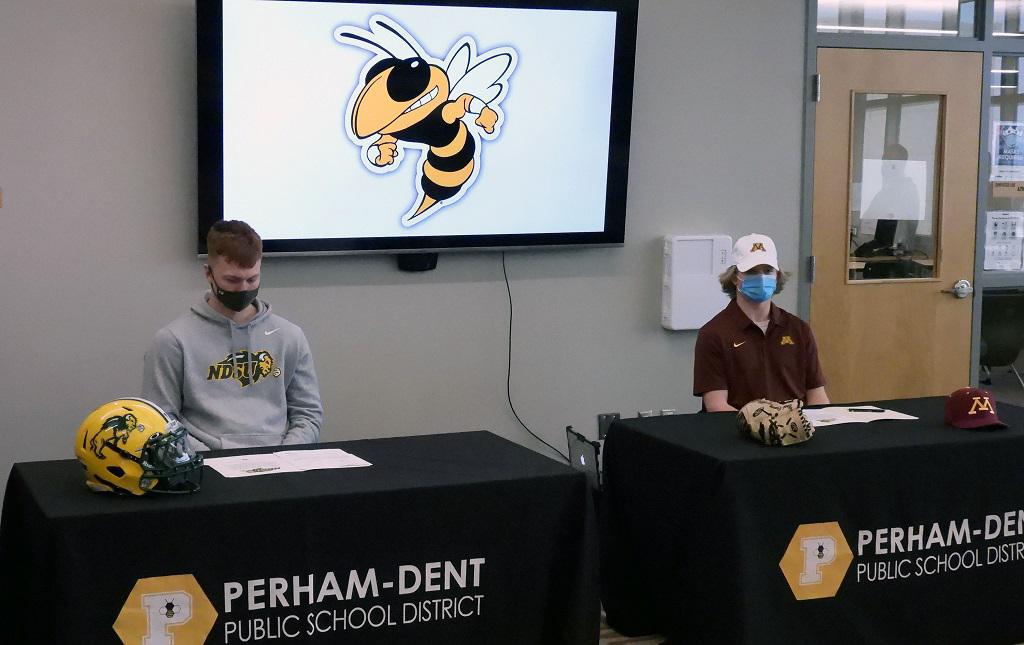 Rooney, a multi-sport star with the Yellowjackets, will now focus on the diamond at the University of Minnesota.

Rooney said it was a great balance between academics and athletics during his time with the Yellowjackets.

“We are the school of champions and to have the opportunity to put on the Yellowjacket uniform is something that has been very special to me,” Rooney said. “I’m really happy to do that.”

Rooney said he picked the University of Minnesota because it was a great way for him to play in front of people that he knows.

“I think they do a great job of setting you up for the next 50 years of your life,” Rooney said. “That was something that is really important to me.”

He helped lead the Perham baseball team to the Section 8AA Championship in 2019.

Rooney amassed a 12-4 record during his three seasons on the varsity squad. He pitched 89.2 innings, striking out 156 batters, while allowing 60 hits and 29 walks. He gave up 38 runs during his time on the bump. Rooney finished his sophomore season with a 6-2 record, which he struck out double digit batters in five of his nine starts, with a career high 16 strikeouts against Warroad. He posted a 1.31 earned run average as a sophomore, helping the Yellowjackets to the Class AA Tournament.

“Noah is a true leader on and off the field. In the classroom, he maintains a 3.99 grade point average. On the fields, he is one of the hardest working and most coachable players a coach could ever ask for,” Perham head baseball coach James Mulcahy said. “He is respected by all of his teammates and peers and brings them up with positivity and energy.”

Rooney announced his decision to attend the University of Minnesota on Sept. 14. 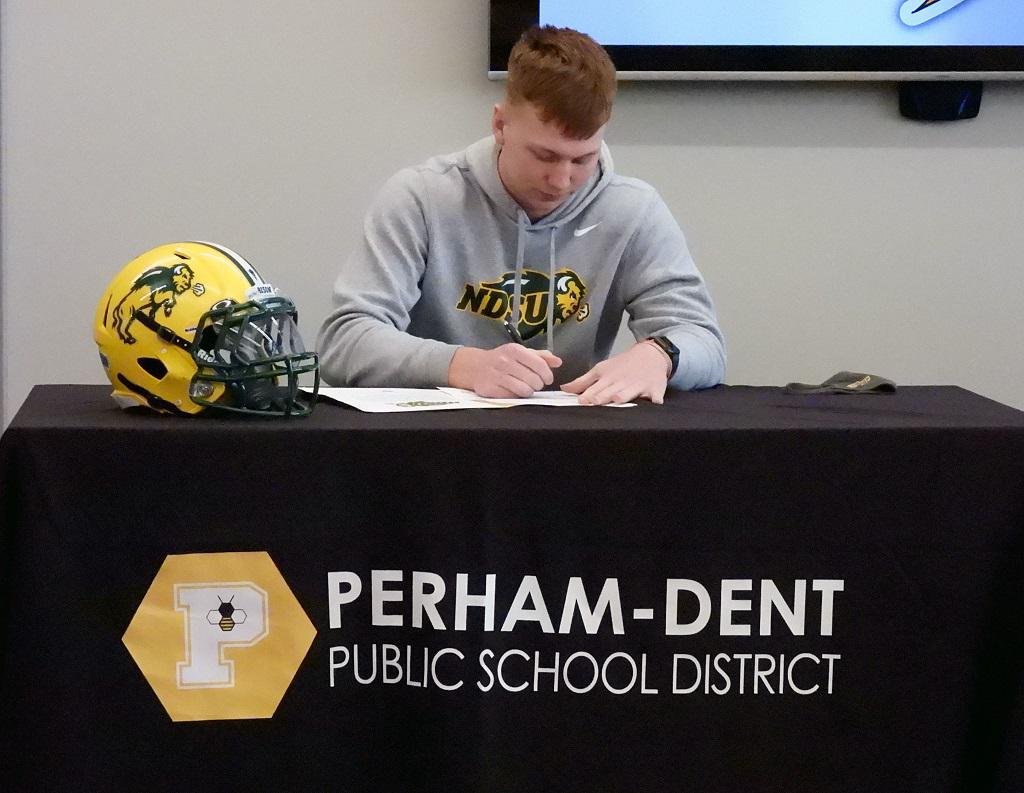 Diggins, a multi-sport star with the Yellowjackets, will now focus on the gridiron at North Dakota State University.

Diggins said one of the keys to his successful career as a Yellowjacket was the coaching staffs assembled at Perham High School.

“One big reason for success here in Perham is the coaches. It really all comes back to them,” Diggins said. “They set us up for success and never led us to failure.”

Diggins said he chose NDSU because it was close to home and the bond he formed with the Bison coaching staff.

“It’s close to home and a great community,” Diggins said. “I bonded with the coaches there better than any other institution that recruited me.”

“Finn is an outstanding human being. He has a great work ethic and a golden heart,” Former Perham head football coach Kyle Knutson said. “He is a great athlete, teammate and competitor. I look forward to following his career with the Bison.”

Diggins announced his decision to attend North Dakota State University on May 27. He officially joined the squad on Dec. 16 with the signing.

Diggins will join one of the winningest college football programs in the nation. The Bison have won 15 National Championships, seven of them as a member of the Division I FCS.