Blaine Wallevand was an Ottertail Central Bulldog on the football field and a Henning Hornet on the basketball court.  The Henning senior lists his top sports memory as winning the Class A State Boys Basketball title in 2019.  A close second came in March of this year when the Hornets repeated a Section 6A champs, a week after the Henning girls’ captured their first Section championship, advancing to state.  Of course, the Henning boys didn’t get a chance to defend their state title due to Covid-19.

Henning Basketball Coach Randy Misegades on the impact Blaine had on his teams, “Blaine has been a consistent presence in our basketball program for a long time.  He is a 3-time letter winner and developed himself into an all-conference player this season.  Blaine averaged double digit scoring this season and was one of the best three point shooters in the conference and section.  More importantly, Blaine has always been a tremendous teammate and very coachable.  He played on teams that won three conference titles and two section titles.  During his sophomore, junior and senior seasons our teams won 79 games and only lost 11.”

Blaine says, “Being involved in sports has made me a better person in every aspect of life.  My coaches in both football and basketball have taught me many things.  Coach (Randy) Misegades always said that there is so much more to life than just basketball and that is something that has stuck with me since I started playing for him.”

Wallevand has been keeping busy this spring working at his Dad’s Auto Shop in Henning, doing some fishing and painting, and playing video games.

OTC Football Coach Eric Olson said, “Blaine was an asset to our offense with great hands and ability to be in the right place at the right time.  Blaine was a hard worker and was a young man who led by example.  Every day, practice or game, he was ready for whatever challenge he was faced with.”

He plans to attend Central Lakes College in Staples to learn Heavy Equipment Operation this fall.

Blaine, who says God is the most inspirational person in his life, shared 2 Timothy 4:17 as his favorite quote, “But the Lord stood with me and gave me strength.” 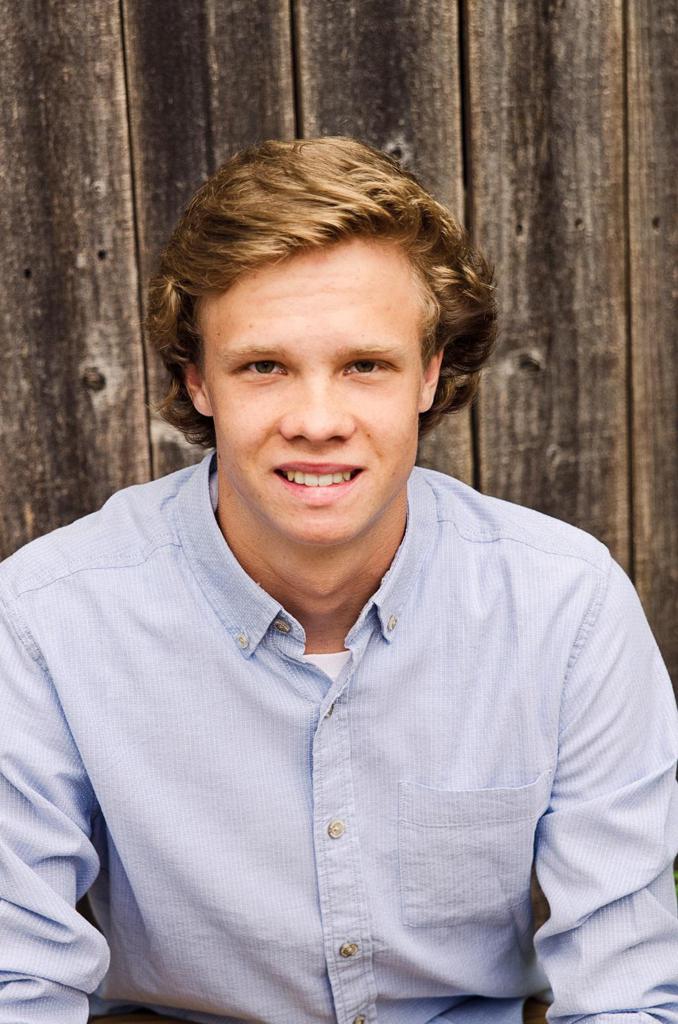