Gronewold to Play Volleyball and Basketball at M State

There’s no doubt that Jayna Gronewold is one of the premier senior student-athletes in the area.  When the Rothsay senior made her decision to attend M State in Fergus Falls there were no two people on the planet who were happier than volleyball coach Abby Crowser and women’s basketball coach Jodi Holleman.

Holleman responded to the signing with unbridled enthusiasm, “I am SUPER excited to add Jayna to our Spartan roster!  She is a versatile guard that will make an immediate impact on both ends of the floor.  Jayna plays basketball with so much heart, confidence and intensity.  She also has an incredible work ethic which explains why she has dominated in both basketball and volleyball the past four years.  I am thrilled to have the opportunity to coach her the next two years!”

Gronewold was an All-Conference performer five times, including the Little Eight MVP award her senior year.  She was a three-time team MVP for the Tigers and also received awards as top defensive stopper, sharp shooter and hardest worker.    She finished her career third all-time in scoring with 1,688 points and her 662 points in her senior year is a new record for a single season.  In addition, she holds the record for most points in a single game with 40 and is the all-time steals leader at Rothsay with 399.

In volleyball, Jayna was an All-Conference selection 3 times and honorable mention All-Conference once.  She won two team MVP awards and was the recipient of the Tiger award.  She also earned a team MVP award for track and field, was a nominee for the Triple A award and was on the Rothsay High School Honor Roll for three consecutive years.

“I’m very excited Jayna has decided to continue her athletic career at M-State,” said Crowser.  “Her versatility in any position on the volleyball court will be a huge asset to our team.  She has a great attitude and I look forward to coaching her.” 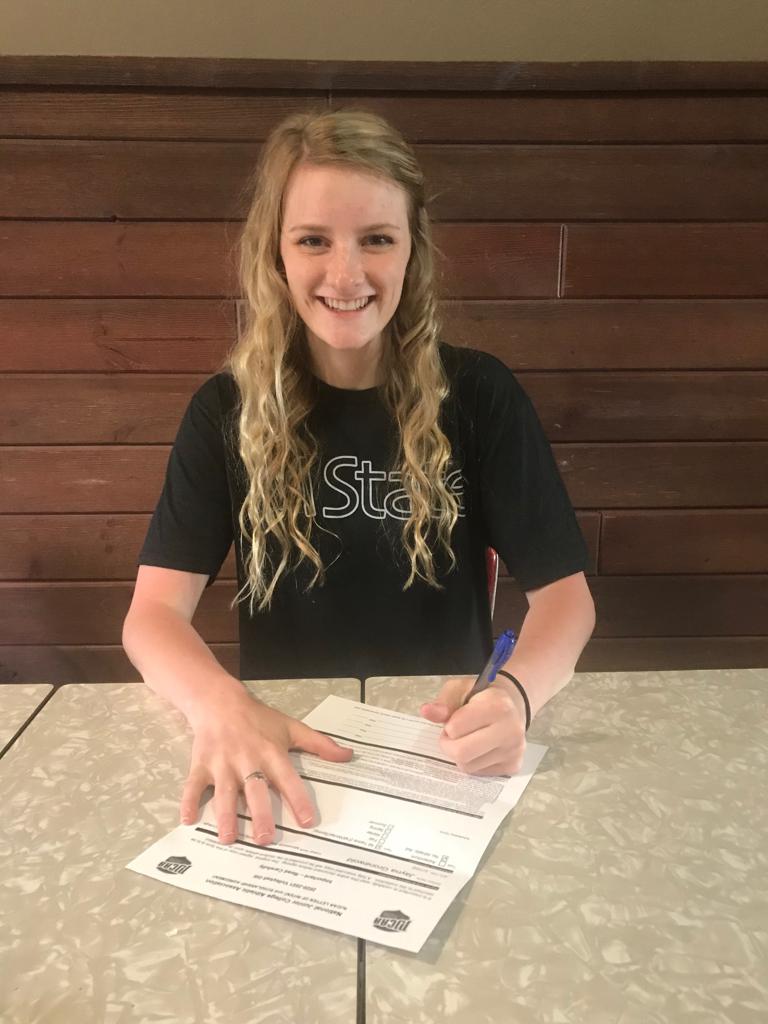