2019 Fergus Falls High School graduate Sophie Rausch made quite an impact during her freshman season on the Hamline University Women’s Hockey team, so much so that she is up for Female Rookie of the Year honors, an award that will be presented on Sunday, May 10.  The Female Rookie of the Year finalists include Women’s Basketball player Lydia Lecher from St. Paul, and gymnast Tisana Lowe of Woodbury.

Rausch made quite an impression on the MIAC, being named to the All-Conference and All-Rookie teams.  She ranked third in the MIAC in overall points with 35 and led all first year players in the nation in points, ranking 13th overall.  Her 15 goals on the season tied her for fourth-most in the MIAC.  She was named MIAC and Hamline University Athlete of the Week on February 24 after totaling seven points to help HU sweep St. Catherine.  Rausch recorded at least one point in 20 of the team’s 26 games, tying for the most game-winning goals on the team with four on the year.

Rausch is the all-time scoring leader in Fergus Falls girls’ hockey history and led the Otters to the consolation championship at the Class A State High School Tournament. 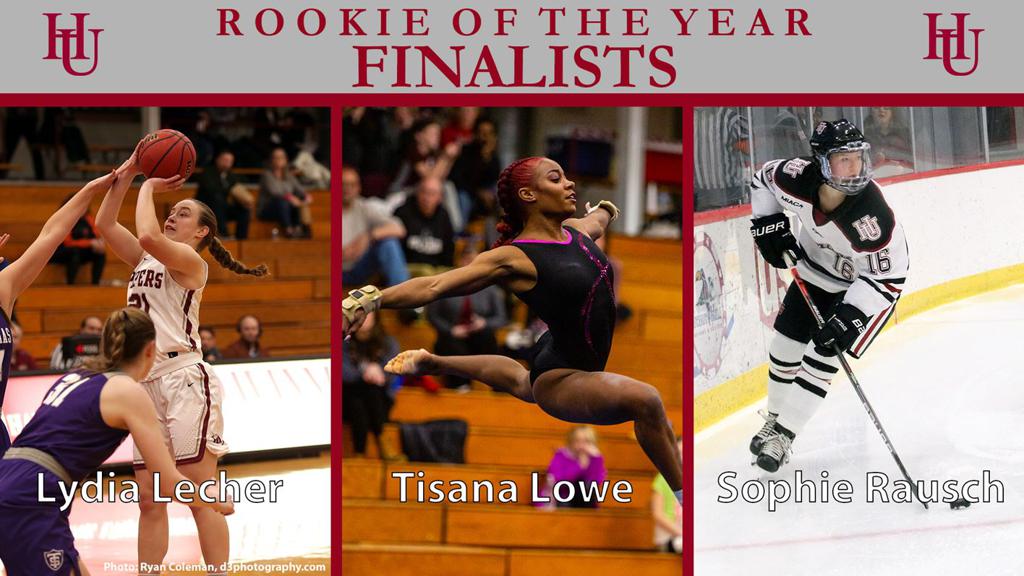