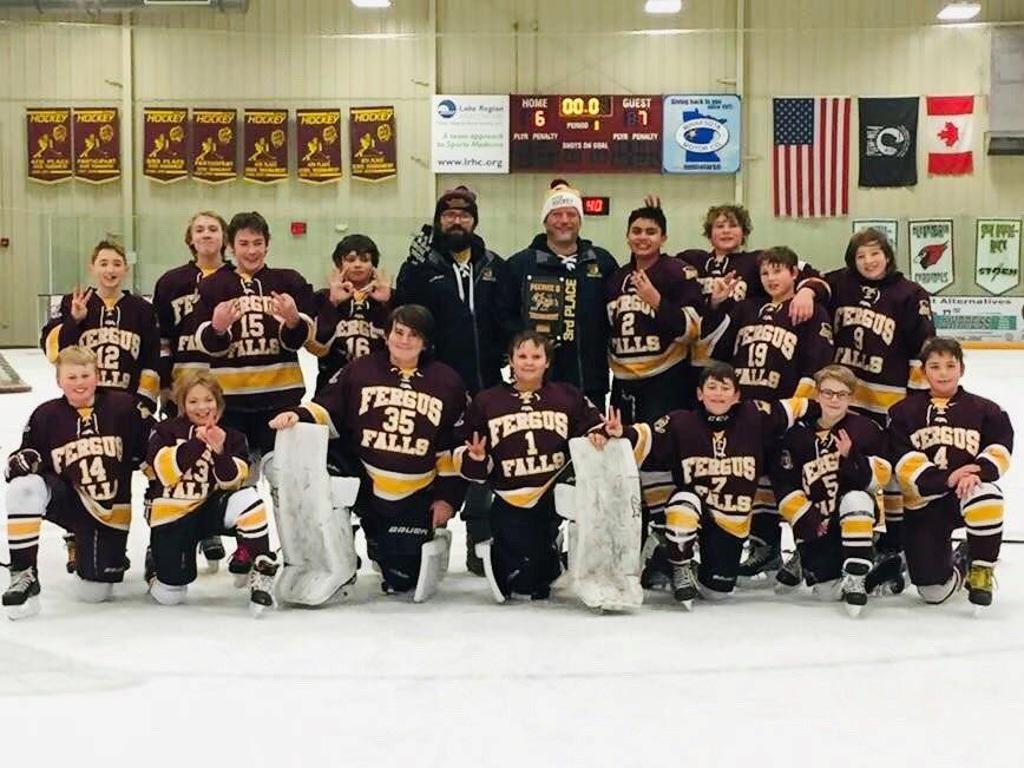 The young Otters welcomed Bismarck, West Fargo, Luverne, Prairie Centre, and Monticello to Fergus Falls Community Arena for a PeeWee B tournament last weekend.   Despite less than desirable weather conditions on Friday night, the Otters faced off against a determined Luverne hockey team who proved to be ready for a colorful weekend of hockey.  The Cardinals started fast and furious as they tallied 5 goals in the first period, taking a 5-0 lead into the first intermission.  The Otters showed grit and battled back, making things interesting, posing a rally of their own, falling just short in the opening round of play.

Drew Johnson started the scoring for the Otters, tickling the twine early in the second period off a perfect set-up, with assists going to Dre Lopez and Quinn Wynn-Sheldon.  Nolan Wedll added a 2nd period goal, with an assist from Ruger Tonneson, keeping the hope alive.  In the 3rd, Wynn-Sheldon buried a beauty before Johnson added his second of the contest, assisted by Cam Skjeret, putting the Otters in position for a late rally. Benett Thielke rounded out the scoring, popping a shorthanded goal in the late minutes of the game, but the Otters fell just short, losing 8-5, setting up the pool play matchups on Saturday.

Game 2 looked like DejaVu as the Otters quickly fell behind West Fargo with the Stampede scoring 3 early goals and taking a 3-0 lead into the 2nd period.  Simon McGovern provided the home crowd with some energy when he buried the puck into the back of the net off of a pass from Brant Scheuerman.  West Fargo added 3 more goals before the Otters could spark a rally late in the game with goals scored by Dre Lopez (asst. Johnson and Wynn-Sheldon), Riley Anderson and Scheuerman unassisted), and Wedll (asst. Lopez) The Otters battled until the bitter end, but were not able to overcome the early deficit, dropping the contest 8-5 to the Stampede.

With and 0-2 start in their home tournament, the Otters knew they needed to show some pride and get a win on their home ice.  Next on the docket was a district rival, the Prairie Centre Northstars in a Saturday afternoon tilt.  Unable to overcome early deficits in their first two contests, it was critical for the Otters to score early if they wanted a shot to play for 3rd place on Sunday.  Benett Thielke was up to the task as he netted the first goal of the game early in the first period off a perfect feed from Nolan Wedll and the Otters were off to a fast start.  Three minutes later Wynn-Sheldon and Scheuerman set up Thielke for his second goal of the period and the lead was 2-0.  The Northstars showed some life and they evened the score at 2-2 in the 2nd, setting the stage for an exciting 3rd period.  When the bell rang for the period to start, Wedll answered the call on a setup from Keaton Miller and the Otters once again had the lead 3-2.  Prairie Centre quickly answered and tied up the game at 3-3.  The momentum didn’t last for the Stars as Wedll scored off of a pass from Thielke, and the Otters once again had a 4-3 lead with 10 minutes remaining.  Prairie Centre didn’t go down without a fight and answered 41 seconds later, tying the game at 4-4.  With tension high and pride on the line, the Otters needed a spark of their own. With 3 minutes left in regulation, Thielke notched his 3rd goal of the game, completing his hat trick and sending the hometown Otters home with a much needed 5-4 win over the Prairie Centre Northstars and an opportunity to play for 3rd place on Sunday.

In Sunday’s game, the Otters found themselves in position to avenge an earlier loss as they once again matched up against the Luverne Cardinals.  This time the Otters lit the lamp first as Cam Skjeret took a pass from Dre Lopez and gave the Otters a quick 1-0 lead.  On the very next faceoff, Lopez took the puck from the center dot, straight down the ice and scored an unassisted goal, gaining an early 2-0 advantage.  The

Cardinals squeaked a goal later in the period and the Otters settled for a 2-1 lead at the break.  The 2nd period set off the fireworks that would continue throughout the contest as neither team looked to settle for a loss. Brant Scheuerman scored top shelf off of a feed from Landon Karsnia, pushing the lead to 3-1.  Just 12 seconds later, Thielke took a faceoff and dangled down the ice, taking a page out of Scheuerman’s book, going top shelf, extending the lead to 4-1.  Luverne answered with a goal of their own before Thielke took the puck coast to coast and buried another unassisted goal.  Luverne once again responded and the Otter lead was at 5-3 at the end of the 2nd period.  With the energy in the air, the fans knew they were in for a barn burner and it seemed like whoever had the puck last might take home the hardware.  The 3rd period saw the two teams exchange goals as Thielke completed his second hat trick in as many days, scoring off an assist from Tonneson, giving the Otters some very necessary breathing room and a 6-3 lead.  Shortly after another Cardinal goal, Lopez scored his second of the game, assisted by Skjeret and Logan Hovland and it appeared the Otters would cruise home to a victory, leading 7-4.  Luverne had other ideas and with some intense pressure added two late goals, but the Otters held on with strong defense and timely goaltending, capping off the 7-6 victory.  There were smiles all around and the Otters enjoyed a strong 3rd place finish.  In the final game of the weekend, goaltenders Rowan Cheshire and Ben Koch fought off 53 shots, allowing only 6 goals, each of them making many acrobatic saves throughout the game, sealing the victory.

Coach Nathan Kuhn was quoted after the game, “This weekend was a total team effort.  Absolutely every player contributed.  Goaltending got better with each game and scoring stayed steady throughout.   Our defensemen showed poise in some intense situations, and it was fun to see these kids celebrate together on the ice.” 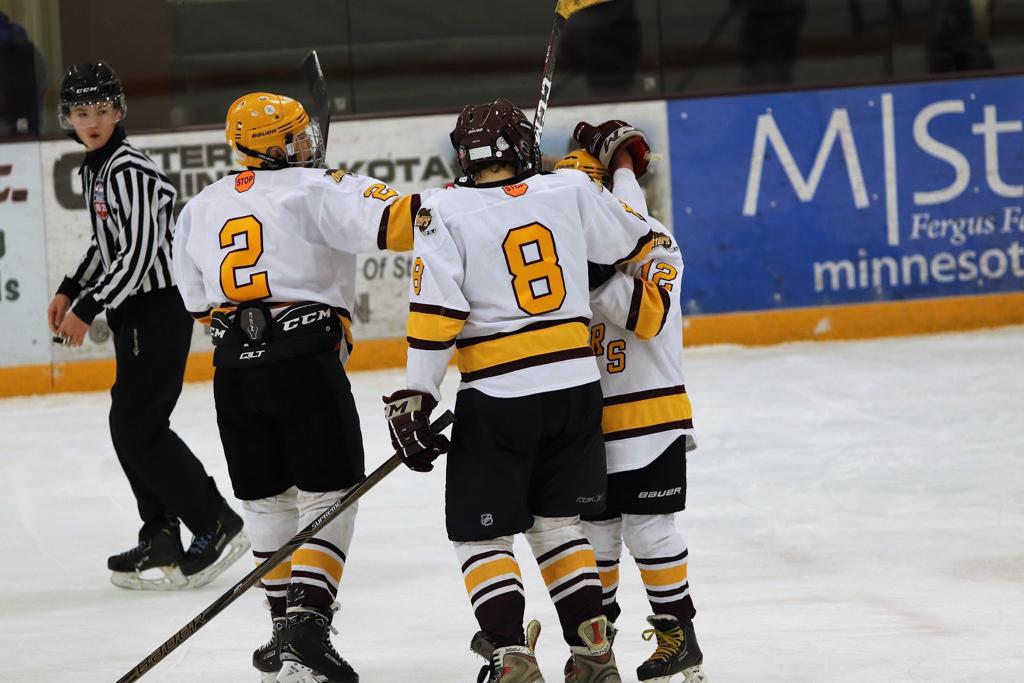 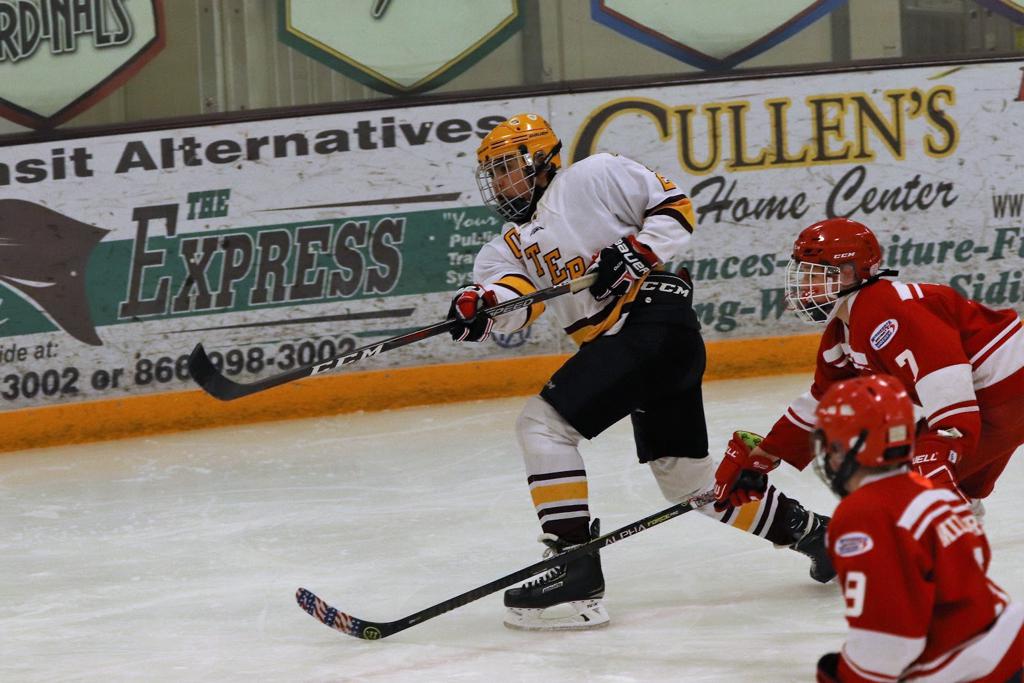 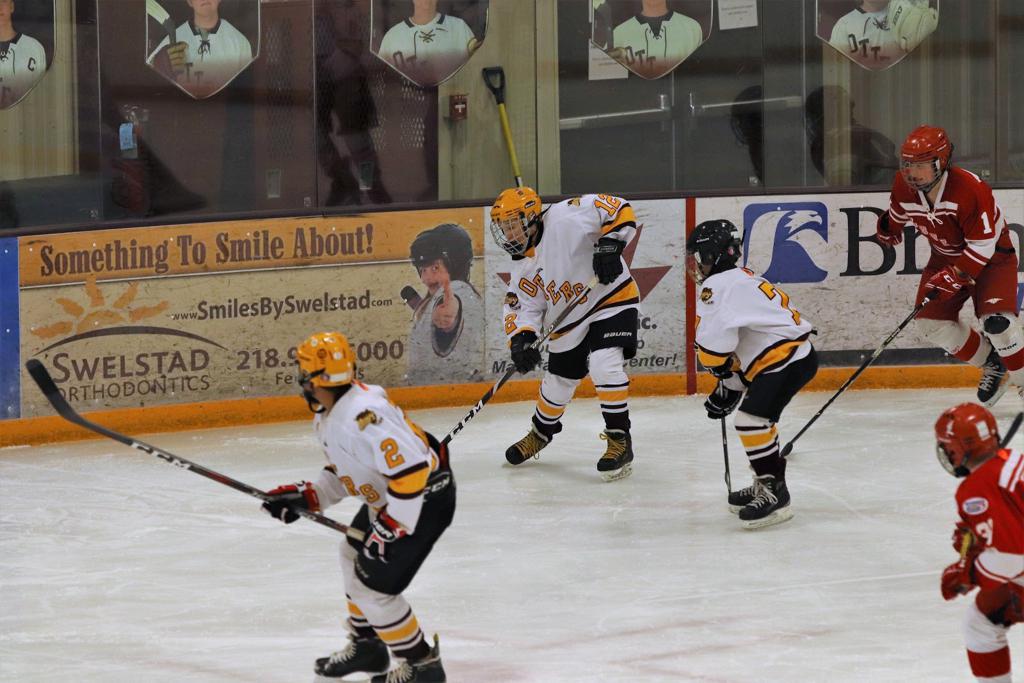 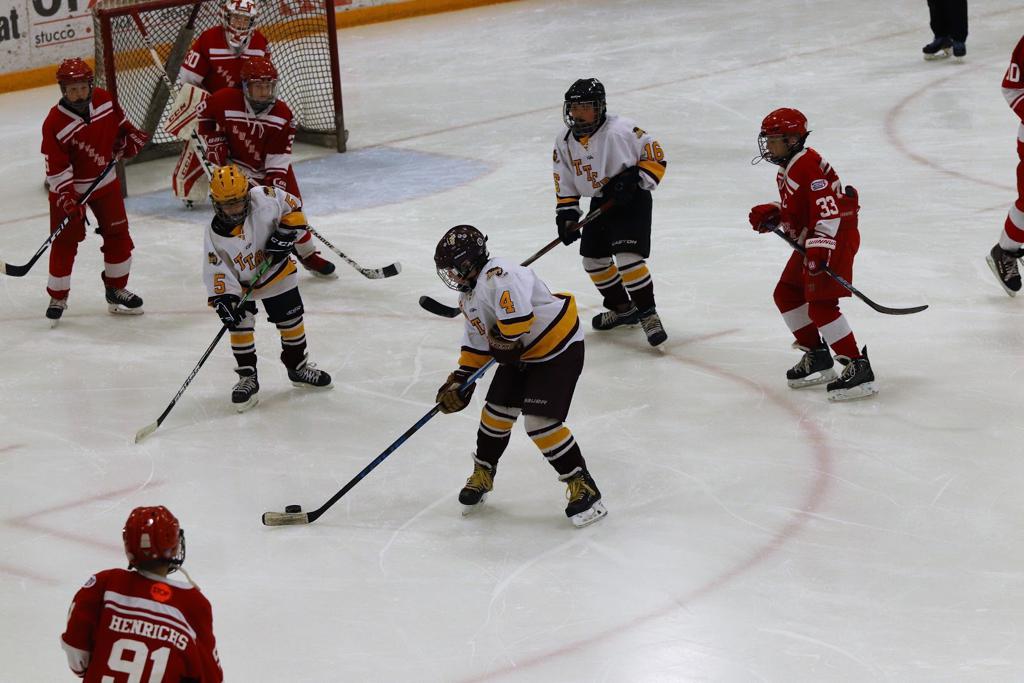