Tuesday, January 7th the West Central Area/Ashby/Brandon-Evansville wrestlers traveled to Fergus Falls for a dual with the Otters. The Knights, who have been flexing their muscle lately and climbing the ladder of success went into the home of the Otters and from beginning to end of their dual controlled their opponent. 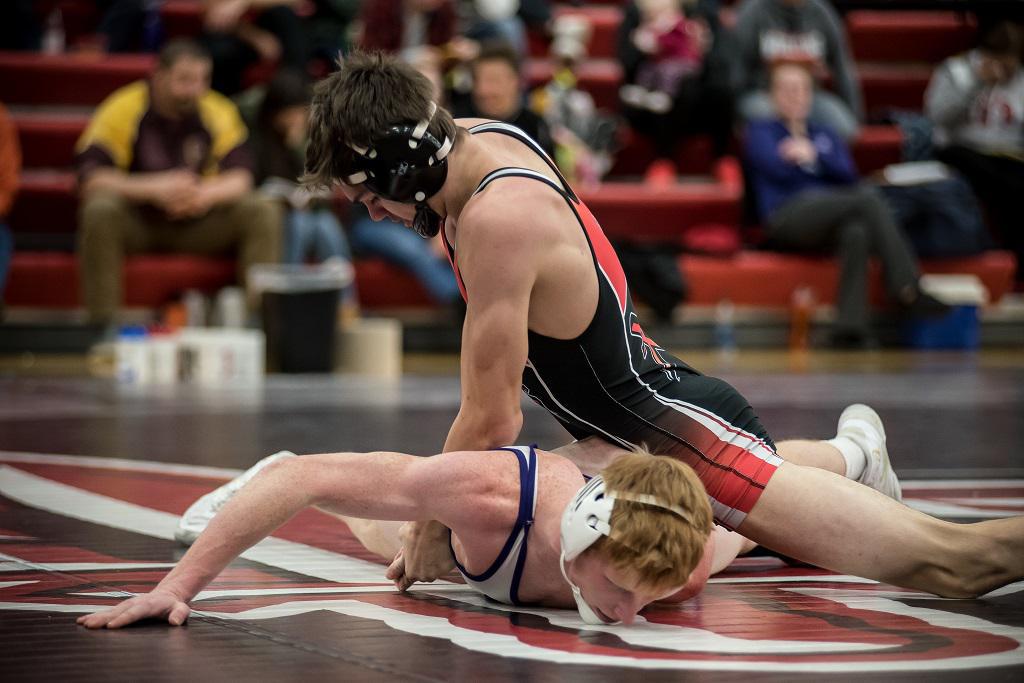 The dual ended in a 67-12 drubbing and a box score/statistical breakdown goes as follows: The Knights won 12 out of the possible 14 matches. Bonus points were abound as the Knights gathered wins by pin fall in eight of those contests. Seven of the falls were in the first period. Two victories came by way of forfeit, there was a major decision and a standard decision. That is solid wrestling, decisive and triumphant.

Head wrestling coach Brandon Gruchow said following the match:”We took the mat ready to battle tonight.  Our JV wrestlers got us started winning all eight of their matches.  That helped motivate our varsity wrestlers. As a coaching staff we were pleased with their aggressive and in your face style of wrestling each of the wrestlers brought to their matches.  We hope this intensity and same mentality carries into Thursday when we wrestle Barnesville  and state ranked/section opponent BH/V/PP on Thursday.”

Thursday, January 9th the Knights hosted a pair of section 6A opponents. First up were the Barnesville Trojans. The Trojans marched a very depleted unit onto the mat, missing more weights than they were able to fill. The Barnesville group submitted eight forfeits in total. The Knights capitalized on all but one of the remaining bouts with pins in the first period in three of them and a major and standard decision in the others. The final score ended 73-3.

The final dual of the evening was a heavyweight match pitting the top two contenders in section 6A. The Bertha-Hewitt/Verndale/Parkers Prairie Raiders came into the match ranked 7th in the state and the hometown Knights were sporting a new ranking from that morning of #13.

The dual went about as billed. In total there were nine lead changes during the contest, when one team gained an advantage it was quickly removed by a counter from the other. Almost every match was competitive and close. Even the ranked wrestlers were at risk as three times a non-ranked grappler beat his state ranked opponent. WCAABE won one of those matches and BHVPP won two. The teams were very close in pin falls with the Raiders gaining the advantage at a 4-3 ratio. WCAABE indeed wrestled brilliantly against a favored opponent and nearing the end of the dual had even set up an opportunity to gather the team win but the victory was not to be as the Raiders pinned their way out of the hole in the final two matches. This dual provided everything one can expect from high school competition. The upsets in some of the matches created incredible drama and the Barrett gymnasium was at a pitched level of excitement as both sides cheered on their champions. Unfortunately for the Knights it ended in a 37-28 loss but they sent a clear message to the Raiders that this season is far from over and we have the capability to beat you. There is a strong chance the pair will go to battle again, and next time it will mean a berth at the state tournament.

Coach Gruchow added:” Overall, I thought tonight was a fun night of wrestling.  I wish we would have found a way to come out on top in our BHVPP match.  I felt like the guys were up for the challenge of taking on BHVPP, especially after they saw that we gave up less points than BHVPP did in their match against Barnesville.  In general, I feel like there were many points left out on the mat during the matches....I don't just mean in our favor but in our opponents as well.  We have to make sure we figure those things out before the next time we wrestle BHVPP.  The next three weeks are going to be pretty solid.  We are going to see some of the best Class A teams in the state.  It will be tough but with guys going out like they did tonight, fighting, pushing the pace in their matches and giving it their all I know this team is going to benefit from it.  We are really thankful for the great crowd that showed up to support the team this evening it does help the wrestlers get fired up!”

WCAABE will hit the road this week with action twice. Thursday the team heads to Breckenridge for a triangular with the hometown Cowboys and the Wadena-Deer Creek Wolverines. Friday the team turns south to Kerkhovan for a quadrangular.

The ‘Guillotine’ released new team and individual rankings on Thursday, January 9th. The results are shown below. 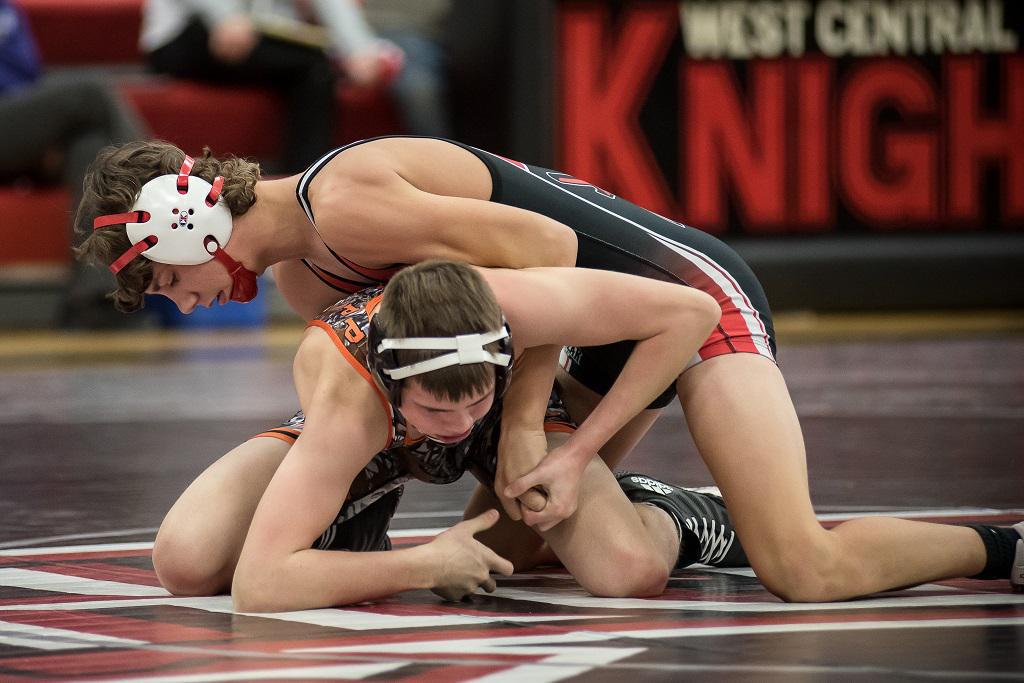 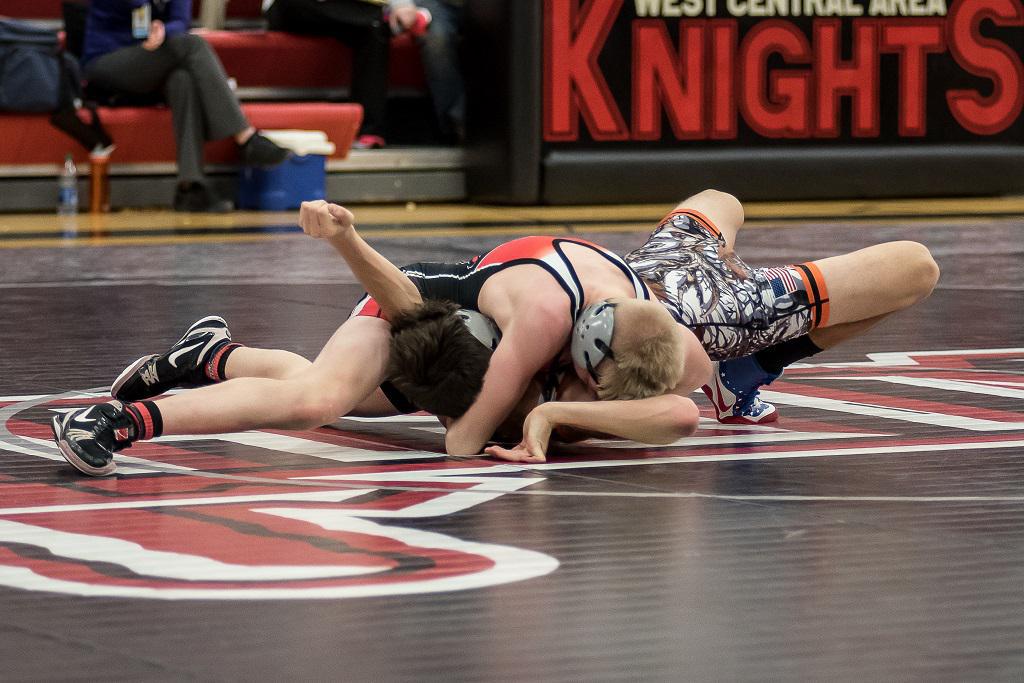