The Perham High School football team scored in every quarter on Friday night as they defeated the Fergus Falls Otters for the first time in school history, posting a 44-6 win at the Otter Stadium Field.

Quarterback Colton Hackel got things started when he broke a 34 yard touchdown run with just one minute remaining in the opening quarter.  Finn Diggins carried the ball over the goal line for the two-point conversion and Perham led 8-0.

A Dawson Kellogg run of 4 yards, followed by a Hackel run for the two-point conversion put the Yellowjackets in front 16-0.  The Perham defense recorded a safety with 8:22 left in the half to increase their lead to 18-0.  With six minutes to go Maddux Kovash hauled in a 29 yard Hackel pass and Perham led 24-0 at halftime.

Noah Rooney was on the receiving end of a 30 yard TD pass from Hackel with 4:16 remaining in the third quarter, giving Perham a 30-0 lead.

A six-yard touchdown run by Hackel was followed by a two-point conversion run by Kellogg with 8:29 left in the game, and the final Perham TD came on a seven-yard run by Josh Peterson with 5:38 to play.

Logan Schake scored the lone Fergus Falls touchdown from one yard out with twelve seconds remaining.

Logan Schake led the Otters with 67 rushing yards on 9 carries.  Ethan Olson completed 5-of-17 passes for 76 yards and Abel Aho had two receptions for 52 yards. 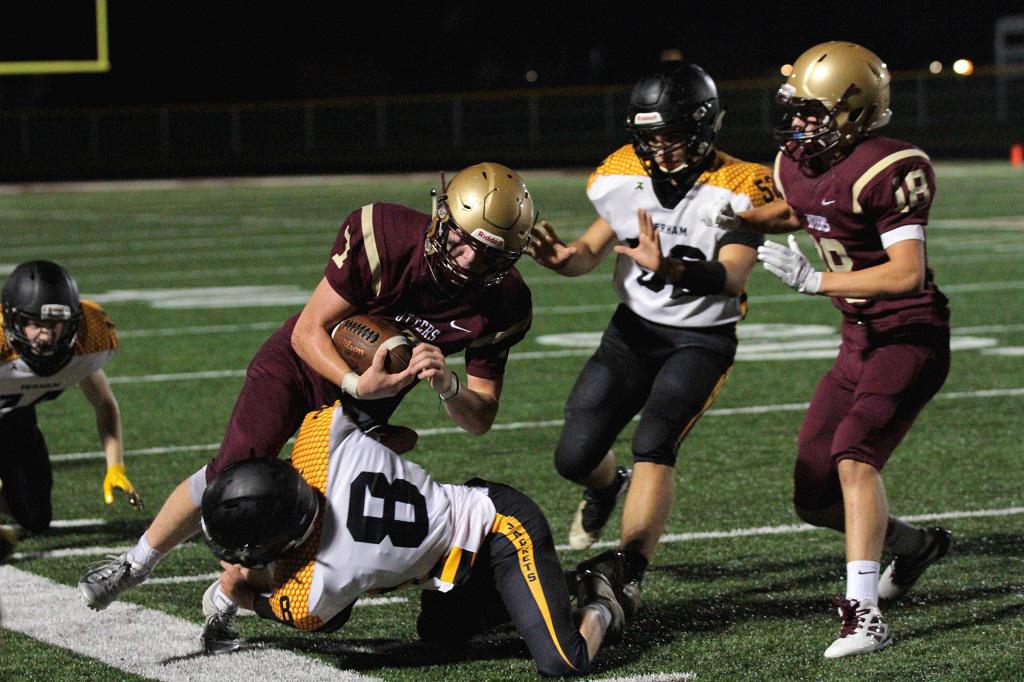 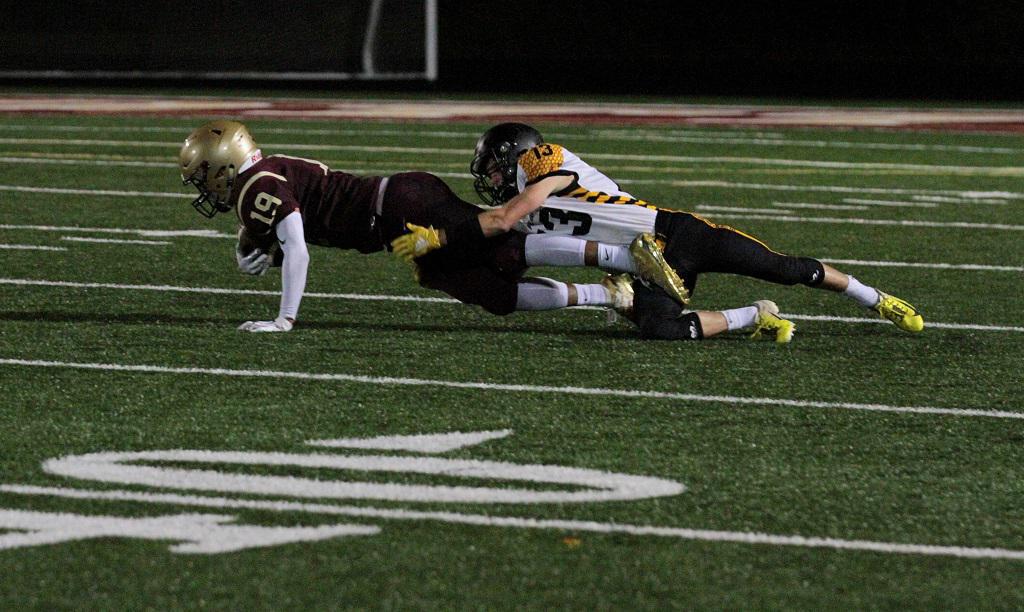 Michael Maanum is brought down by a Perham defender. PHOTO by MELISSA BABOLIAN 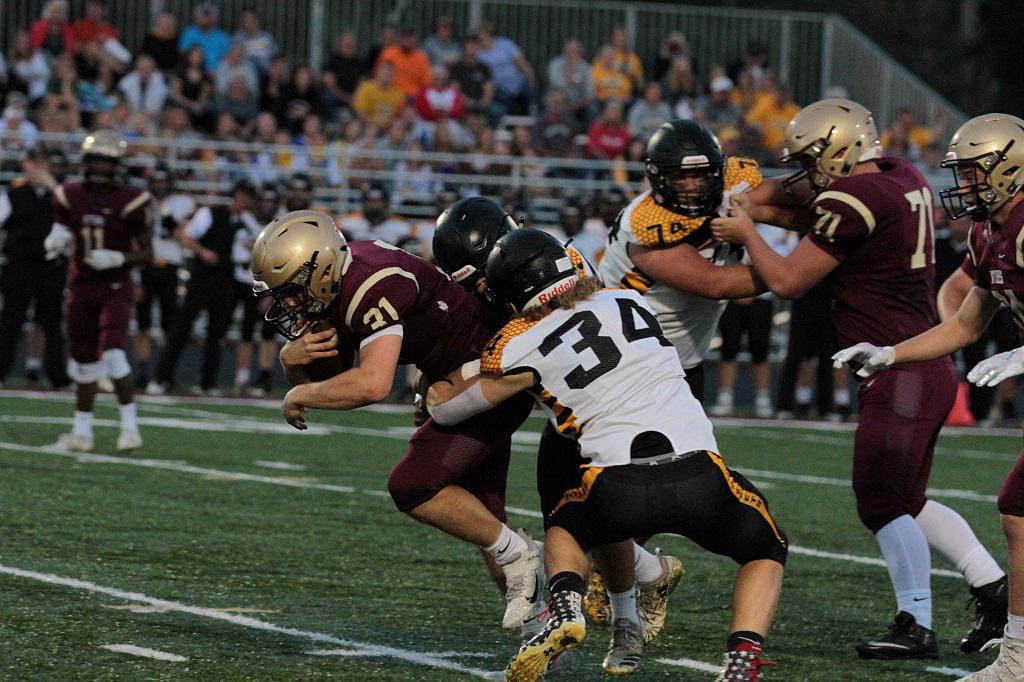